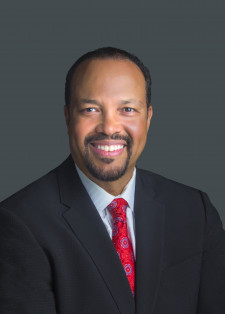 ALBUQUERQUE, N.M., March 30, 2022 (Newswire.com) - OneTen Capital is pleased to announce the addition of Hunter Greene to the partnership.

"We are thrilled to welcome Hunter to the OneTen team," said Dorian McKenzie-Rader, founder and Managing Partner of OneTen Capital. "He brings a new approach to venture capital in our region. His experience as an entrepreneur, investor, and operator is a valuable resource for us."

A Lobo legend, Hunter's love of the state began when he came to play for The University of New Mexico men's basketball team. Through his grit and leadership, he graduated as the all-time leading scorer; a record that has kept him in the top 10 ever since. However, it was his aspirations off the court that led him to entrepreneurship. As a young man, he began buying income properties and learned firsthand the challenges of securing funding.

Hunter knows that businesses headed by members of underserved communities are especially overlooked. Only 1.2% of venture capital funding in 2021 went to companies with Black founders. In 2020, it was even worse — only 0.6%. Helping to overcome the disconnect in funding for minority- and female-led businesses is his driving motivation in joining OneTen Capital.

"I love connecting investors to opportunities while helping fund dreams," said Hunter of his new role. "I'm not your typical venture capitalist. I like to think outside the box."

OneTen General Partner and longtime economic development advocate Sherman McCorkle said of the addition, "I enjoy his love for our state and greatly respect his history of meaningful financial investments in New Mexico."

Today, in addition to being a Senior Advisor at SVB/Walt Arnold Commercial Real Estate, Hunter owns multiple income properties and businesses, including a skilled nursing facility. He keeps in touch with his love of basketball by continuing to announce the UNM basketball games for KKOB-AM.

Founded in 2017, OneTen Capital (formerly NMA Ventures) was created by experienced angel investors who have dedicated their lives and careers to furthering economic development in New Mexico. The fund was created to fill the gap for early-stage technology companies on their way to a Series A. Fund I was a partnership with the State of New Mexico's Catalyst Fund program, focusing on investing in New Mexico-based companies. Fund II will be investing in the Rocky Mountain region in technology startups featuring diverse teams. OneTen is passionate about entrepreneur education and mentorship and is actively involved with startups in the region. Our mission: to make venture capital to be more accessible and diverse. It starts with us, and we are doing it differently.