One Woman's Dream of a Green Christmas 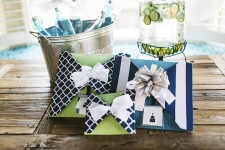 Gilbert, Arizona, August 9, 2017 (Newswire.com) - Entrepreneur and creator of ggwrap, Hethyre Baez, launched a Kickstarter campaign July 25, 2017, with the goal of making this year’s holiday season a little greener. The product she developed is reusable, reversible, eco-friendly fabric gift wrap. After 15 days since launch, the campaign has surpassed its goal times two of raising $1500.00 for manufacturing of the product. Baez says she was inspired by guilt to create a sustainable gift wrap alternative after throwing out 4 large garbage bags full of “Christmas aftermath” about 7 years ago.

After doing some research, Baez learned that the issue of wrapping paper as an environmental problem was larger than she had imagined. Statistics indicate that Americans throw away 25% more trash between Thanksgiving and New Year's than any other time of year. The extra waste amounts to 25 million tons of garbage or about 1 million extra tons per week.

I love holidays and celebrations as much as anyone. But I just couldn't stomach the waste of so much paper, time and money caused by wrapping presents.

“I love holidays and celebrations as much as anyone. But I just couldn’t stomach the waste of so much paper, time and money caused by wrapping presents. It seemed counterintuitive to be giving to someone while at the same time taking something away from our planet and future generations,” said Baez. “I realize this product is not the end-all solution to global warming. But I am passionate that it is one small step in the right direction.”

What makes ggwrap different from other fabric wrapping options is the stabilizing insert. It eliminates the need for a box and gives the gift a structured, tailored look and feel. The company started their campaign offering a 33-piece gift set for campaign supporters. The set includes 2 large ggwraps, 1 small ggwrap and 1 extra large ggbag. It also includes 6 reusable elastic bows, 3 grosgrain ribbons, and 18 gift cards. All the wrapping options are reversible and reusable and can be used for birthdays, anniversaries, showers, Christmas, Hanukkah or any other celebrations or occasions. The 3 different sizes allow for wrapping gifts such as clothing, electronic gadgets including cell phones or tablets, video games, stuffed animals, books, picture frames, jewelry and more.

“We’re not trying to eliminate wrapping paper altogether. I mean, you can’t wrap skis or a bike in a ggwrap. But we are trying to reduce holiday waste in general and get people to really think about the way they give gifts,” said Baez.

Baez says she wants to start a “wrapping wrevolution” with her product. According to Stanford University, if Americans alone wrapped just 3 gifts over the holiday season with reusable and/or sustainable gift wrap, the paper saved could cover 45,000 football fields. And, if every family reused just 2 feet of ribbon, the 38,000 miles saved could tie a bow around the entire planet. “We’re all about giving presents. We just want people to do it with presence of mind,” said Baez.

With the project fully funded, the manufacturing stage is now underway. Depending on how much more money is raised for the project, the company plans on rolling out additional designs to give consumers, even more wrapping options. They also plan to launch their product on Amazon and Etsy by late September 2017, in time for the holiday season. 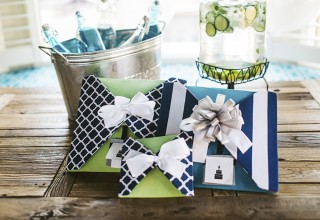 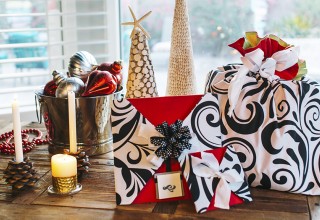 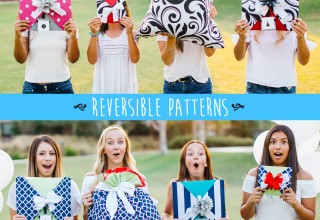 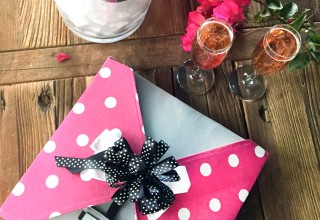