On June 5, 2021, at 7 PM, George Floyd Anniversary Memorial on the Show About Stuff...The Stephen Davis Show 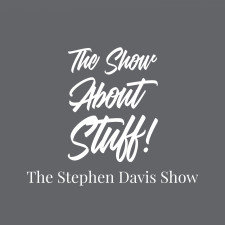 Mr. Davis says, "I wanted to produced and host a special episode that gracefully honored the anniversary of Mr. Floyd's death and recognized how the sacrifice of Mr. Floyd's death contributed to the worldwide, ongoing discussions about race relations, police brutality and the continued fight for equality and justice. It was an honor to share this discussion with my guests, especially George Floyd's uncle, Selwyn Jones. It is a heart-wrenching, yet funny, inspirational episode. It is a must-see program. And much thanks to Mr. Owens for allowing us to air his wonderful and powerful award-winning music video."

Tune in every week on Saturdays at 7 p.m. on Dallas/Ft. Worth Channel 49 TV.