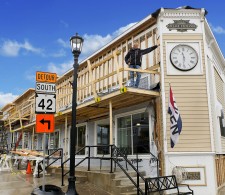 DOOR COUNTY, Wis., May 22, 2019 (Newswire.com) - ​​​​On Deck Clothing Company, which operates five retail stores in Door County, WI, has announced the upcoming grand re-opening of two locations after lengthy updating and refurbishment. Owner Mitch Larson said the exterior and interior updating is part of the company's "ongoing quest to bring the best shopping environments to customers and to the communities that host the various On Deck Clothing stores."

The former Bunda Store in Sister Bay, featuring classic mid-century architecture, will be newly unveiled as the Village Exchange Building, and the On Deck Clothing store on Third Avenue in Sturgeon Bay, which received a major interior upgrade over the past winter, will also open soon. With exciting changes at both locations about to go public, Larson said he was excited to see his decades-long vision finally become a reality.

Bringing longstanding history to both locations, the Larson family's retail tradition goes back several generations: the popular Bunda Store in Sister Bay was started by Mitch Larson's great grandparents Mary and Wenzel Bunda in 1890. Afterwards, the business was owned and managed by Mitch's grandfather, William Bunda, Jr. The corner store location grew over the years, boasting both ready-to-wear clothing and a grocery store. Later, William expanded by installing a Rexall Drug Store at the location. Larson noted that like his Grandpa William, he too has grown the family business by opening retail locations in both Sturgeon Bay and Fish Creek.

Restoring the charm of local architectural history while maintaining a traditional appearance at all locations has been a core goal, Larson said. When he first acquired the Third Avenue building, even though it was of newer construction than surrounding buildings, Larson studied photos of the area's vintage architecture and made it his mission to replicate their style and the feeling they conveyed. Choosing to create a façade with the look of the street's 19th century past, Larson refurbished the Sturgeon Bay store inside and out with handmade brick and enhanced the building's high ceilings and loft-like atmosphere. The current upgrade has expanded the interior's square footage and also created a staircase to the lower level, in order to open future remodeling opportunities. A total renovation of the entire store has ensured the ambiance and "feel" he envisioned, Larson said, and with more space, he has been able to add new selections to the men's and women's casual sportswear sections and to the many classic brands already offered at On Deck Clothing.

The former family commercial homestead in Sister Bay, The Bunda Store, is soon to be re-opened as the Village Exchange Building. Recapturing the family retail traditions of 130+ years, Larson’s driving goal was to capture the charm of what many people think of as "old Door County" while holding tight to the overall feeling that has made tourists flock to the county for many decades.

After acquiring the family heirloom building in 2007, Larson began several years of planning and signed on with Van's Construction to bring his vision to fruition during the winter of 2019. "This wasn't just about four walls," said Larson, "it was about family lineage, my own personal history, the immediate community's history and generations of steadfast commitment to Sister Bay by other business owners, plus the beautiful lakeshore that surrounds us all."

The formal grand openings of the two stores are scheduled for June 2019. Mitch Larson and the staff at the five On Deck Clothing stores all look forward to the festive unveiling, as does everyone who appreciates efforts to honor the ambiance of our beautifully quaint Door County villages. Check On Deck Clothing's Facebook page (facebook.com/ondeckclothing) and Instagram account (instagram.com/ondeck_clothing) for Grand Opening information updates. 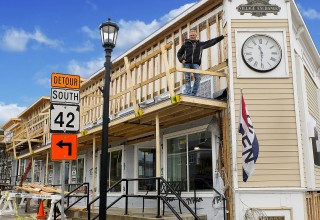 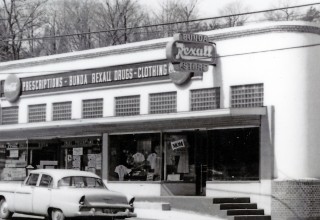 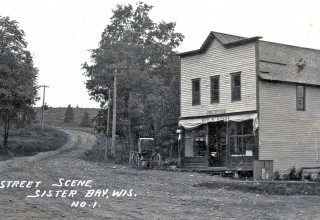