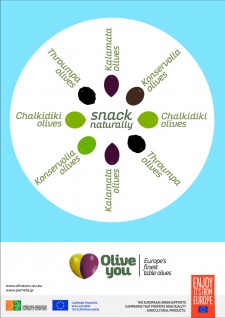 NEW YORK, N.Y., October 25, 2017 (Newswire.com) - The Panhellenic Association of Table Olives Processors, Packers and Exporters (PEMETE) presented the "OLIVE YOU, European Table Olives" campaign in the USA. It is a three-year promotional program co-funded by the European Union, aiming to increase the awareness and demand for European table olives of both professionals and consumers as well as to develop exports in the target markets of USA and Canada.

The "OLIVE YOU, European Table Olives" campaign was launched at the Summer Fancy Food Show, the largest food and beverage trade show in North America, held this year in New York on June 25-27, with more than 40,500 registered participants.  Under the umbrella of the Olive You campaign, PEMETE and seven of its member companies participated in this important international food show with a refined contemporary cluster of booths and with a consistent identity, highlighting the superior quality and high standards of European table olives. Over 2,000 distributors and HoReCa sectors visited the "OLIVE YOU, European Table Olives" booths and were presented with European Table Olives varieties and were informed about their superior quality and flavors.  They also had the opportunity to taste this healthy product.  In addition, 200 participants completed campaign questionnaires aiming to provide insights about the American consumers' current perception about this food product.

“OLIVE YOU, European Table Olives” participation in the Summer Fancy Food Show 2017 was a major success, main goals were achieved, providing information to the participants as well as leading to B2B meetings and further expansion of B2B agreements.  Furthermore, the 3-year “OLIVE YOU, European Table Olives” campaign in the U.S. and Canada will approach journalists, chefs, foodies, retailers and consumers of all ages, through promotional and promotional activities, events, sampling, publicity etc., in order to familiarize the public with this natural and delicious food product.

PEMETE (Panhellenic Association of Table Olive Processors, Packers and Exporters) is a professional association, founded in 1970, that promotes the interests of table olive exporters.  The members of PEMETE are Greek exporting table olive processing, packaging and marketing companies. All of them process their end products in accordance with the existing Food Safety Regulation 852/2004.

The 46 member-companies of PEMETE represent more than 90% of Greece’s exports of table olives to more than 100 countries. These companies export some outstanding and unique Greek table olive varieties, such as: “Konservolia” a variety mostly farmed in Central Greece, “Chalkidiki” is mostly met in Northern Greece, “Kalamata” is - mainly but not exclusively - farmed in the regions of Etoloakarnania, Laconia and Phtiotida. Furthermore, small quantities of "Throuba" and "Megaritiki" varieties are included in their product range. The greatest advantage of Greek table olives is that the olives “ripen” naturally on the olive trees, in other words, no chemical means are used to make them black. 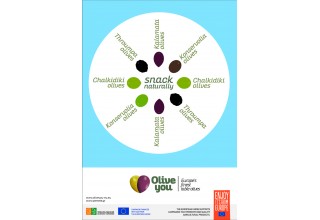 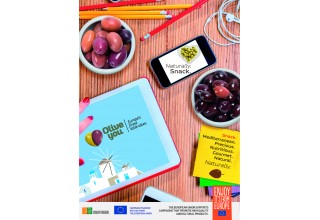