The Sacramento Church of Scientology hosted a community open house where Office of National Drug Control Policy representatives briefed community leaders and faith-based and community organizations on the current state of drug abuse.

SACRAMENTO, Calif., August 8, 2018 (Newswire.com) - At a drug prevention forum hosted by the Sacramento Church of Scientology, speakers from the Office of National Drug Control Policy briefed the community on California drug abuse issues and their effect on the rest of the nation.

Scientology parishioners are dedicated to educating others about drug abuse.

Among those attending were members of Mothers Against Drunk Driving (MADD), OMNI Family Services, neighborhood associations, the OK program, members of Seventh Day Adventists, Baptist and Slavic churches, the Nation of Islam and local Scientology parishioners.

Event organizer Bishop Ron Allen of the International Faith Based Coalition and the Greater Solomon Temple Community Church in Sacramento was key in bringing together community and faith leaders to address the drug abuse issue at the forum.

The speakers addressed problems arising in other states such as Colorado. There, the industry hires botanists and other scientists to produce marijuana with higher and higher THC concentrations, driving up profits and usage rates. “It’s all about the money,” said Quigley.

Mike Klagenberg, Sacramento Church of Scientology president, presented Truth About Drugs, the drug prevention initiative the church supports. He said the program is a way anyone can take effective action against drug abuse. In The Truth About Drugs: Real People, Real Stories documentary, former addicts describe how they began their descent into addiction by abusing marijuana, debunking the myth that it is not a gateway drug.

The Church of Scientology and Scientologists support the Foundation for a Drug-Free World, making it possible to provide its fact-based educational materials free of charge. Nearly a thousand copies of foundation materials were handed out at the event.

According to Scientology founder L. Ron Hubbard, “Research demonstrates that the single most destructive element present in our current culture is drugs.”

“This is as true today as it was when was Mr. Hubbard wrote this,” said Klagenberg, “Scientology parishioners are dedicated to educating others about drug abuse.” 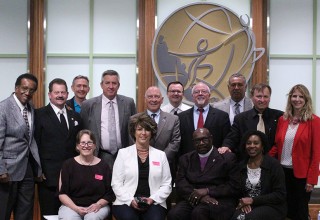 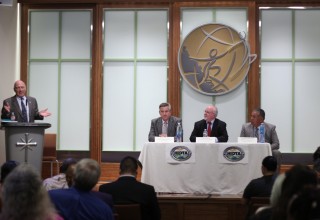 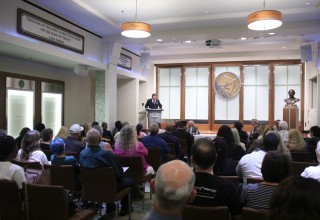