Ofelia A. Villanueva's New Book 'Return to the Earth' is a Riveting Pursuit of Answers to One Man's Greatest Questions in Life 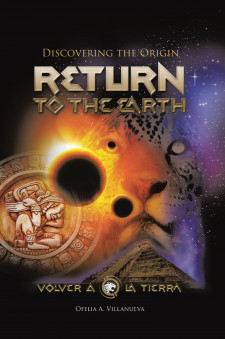 LAS CRUCES, N.M., July 5, 2022 (Newswire.com) - Fulton Books author Ofelia A. Villanueva, a first-time author who got inspired by her late husband, has completed her most recent book "Return to the Earth": a fascinating and gripping journey of a man who suffered greatly from loss and grief many times over. Diego, a boy who lost his families to plague and an accident—leading him to almost take his own life—worked his way to finding meaning and a reason to survive.

Villanueva shares, "Have you ever wondered why the world did not end on December 21, 2012, as predicted by the Mayan calendar? Diego DeLorean, who was one of the wealthiest men in the United States, begins his journey from El Paso, Texas, all the way to the archeological sites in the grand state of Yucatán, Mexico, to get answers to his many questions.

Ever since he was a young boy living in the jungles surrounding the mystical pyramids, he always wondered about their existence as well as his own origins. After losing his mother, his father, and his little brother to a ferocious plague, he miraculously found his way to Juarez, Mexico, which borders El Paso, Texas. There he was adopted by the DeLoreans.

In June of 2012, he loses his entire family once again in a horrific airplane crash. In his devastation, he attempts to take his own life, but through a divine intervention, his attempt is futile, and instead he is inspired to find answers to questions that have haunted him all his life. He discovers who he truly is and where he comes from. These discoveries lead him to yet another journey that will forever change him and the world as we know it."

Published by Fulton Books, Ofelia A. Villanueva's novel follows the exploits of a man as he tries to make sense of everything that seems wrong with the world. In his long-winding journey are encounters and events that continue to change the trajectory of his life.

Carlos Bruno Villanueva, the author's husband who passed away last 2020 during the pandemic, was the inspiration for this book.

Readers who wish to experience this intriguing work can purchase "Return to the Earth" at bookstores everywhere, or online at the Apple iTunes store, Amazon, Google Play or Barnes & Noble.

Tags: Fulton Books, Ofelia A. Villanueva, Return to the Earth

Brenda Mackall's New Book 'Innocence Stolen but Faith Restored by the Power of God' Reaches to the Broken With a Powerful Testimony of the Lord's Saving Grace
Fulton Books - Aug 4, 2022

Donna A. Bennett's New Book 'Orb Spiders Are Summoned for Protection in Waterfall Bay' is an Amusing Science Fiction That Invites Readers to the World of Amazonika
Fulton Books - Aug 4, 2022