IRVINE, Calif., October 9, 2019 (Newswire.com) - ​​​​Oceans United, a global nonprofit organization, announced today it has been funded with a $40 million dollar grant to complete the design and commissioning of a fleet of the world’s first ocean-going plastic waste recycling vessels that processes up to 50 tons of mixed plastic waste per day.

Founded by Keith Flitner and Michel Berthiaume, Oceans United’s mission of cleaning the ocean of waste plastic will begin with the Great Pacific Garbage Patch, and then commission additional vessels to create a fleet of plastic harvesting ships to solve one of the greatest challenges facing the world. It is estimated that over 8 million metric tons of plastic waste enter the oceans, killing more than 1 million marine animals each year.

“The design of the iCat-90 Skimmer allows for complete flexibility to not only collect and process plastic waste at sea, but it also makes it possible to recycle the vast amounts of waste being collected on island nations and other remote ocean locations,” added Mr. Berthiaume, Chairman and Co-founder of Oceans United. The nonprofit was launched in 2018 and quickly adopted the recycling technology for onboard use making the iCat-90 Skimmer world’s first 100 percent self-sufficient ocean cleaning solution.

The 300’ catamaran-based design, called the iCat-90 Skimmer, is uniquely outfitted with both a recycling center and a collection system. The organization has expanded on technology, Hybrid Hydrothermal Liquefaction, creating a revolutionary recycling breakthrough that efficiently turns all waste plastic materials into a renewable liquid fuel.

“The oceans have become the world’s dumping ground for plastics of all kinds and the challenge of cleaning them up could not be greater or timelier,” said Mr. Flitner, President and Co-founder of Oceans United. Oceans United will play a significant role in remedying this global crisis, along with finding new and creative solutions to mitigate the plastic pollution problem.” The nonprofit has received validation of its recycling system technology from the Southwest Research Institute.

The Oceans United fleet will grow to five ships in the water by 2024 to directly clean up the waste plastic accumulating across all the world’s oceans, islands and coastlines.  Oceans United will provide measurable results with 24-hour tracking of vessel operations providing real-time updates on the impact and effectiveness of its growing fleet.

Modeling the organization’s technology, Oceans United has also developed a land-based solution for recycling plastic waste found on islands nations and other upstream inland locations to mitigate plastic waste, which ultimately ends up in our oceans.

More information about how Oceans United is addressing the ocean waste plastic crisis with plastics-to-fuel technology can be found in the Oceans United eBook. To donate please visit www.oceansunited.org.

Oceans United is the first to bring cleanup efforts to remote maritime areas of the world by including recycling onboard it's unique vessels. Decades of waste debris will now be removed to restore the health and beauty of these vital ecosystems. 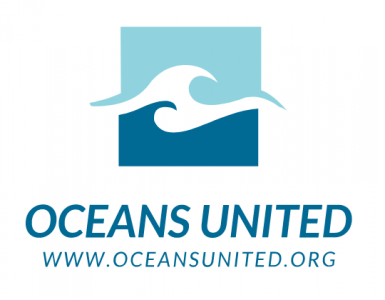