With the ACA tax penalty out the window, many more options have been opened up to the masses. 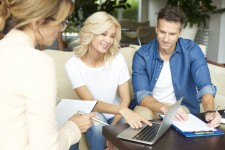 MIAMI, November 16, 2018 (Newswire.com) - ​​​With short-term health insurance plans having its returned 364-day limit alongside being up to 70% less expensive than qualified Obamacare ACA Marketplace Plans for some individuals, "it seems to be a more feasible option for young adults that are healthy and people with medium to high income that are healthy," says Adelfa Arriaga, a BenaVest Insurance Agent. Unlike plans on the marketplace, short-term plans don't look at income as a factor for premium costs.

With some short-term plans adding the renewable option, its a more attracting offer for most, being that they can renew their coverage for up to 36 months without additional medical underwriting. Although the initial short-term plan can only last less than 12 months, this renewable option attached to certain plans can cause them to be more pricey.

People can shop for health insurance alternatives like short-term plans without the fear of the tax penalty.

The final rule for the changes for short-term plans include the following key points:

Without the Obamacare Tax Penalty for 2019 coverage, Adelfa Arriaga, a health insurance agent, says "People can shop for Health insurance alternatives like short-term plans without the fear of the tax penalty whereas before that would have affected the outcome" which was a minimum $695 per year. Consumers that jumped the gun and didn't have a qualified health plan throughout 2018 may still have to pay the penalty this upcoming tax season in 2019 on their income for 2018.