The United States Department of Education has announced that it will be taking steps to help students who are seeking loan forgiveness based on a legal defense to loan repayment, according to a statement issued by the agency late last month. 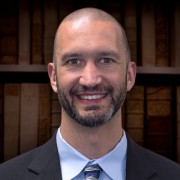 Houston, TX, September 9, 2015 (Newswire.com) - The United States Department of Education has announced that it will be taking steps to help students who are seeking loan forgiveness based on a legal defense to loan repayment, according to a statement issued by the agency late last month. Specifically, the agency will begin a formal rulemaking process that will establish streamlined procedures for student borrowers who are attempting to assert a “defense to repayment” based on the wrongful conduct of their educational institution.

The move comes after the high-profile Chapter 11 bankruptcy earlier this year of Corinthian Colleges Inc., a for-profit educational company that operated hundreds of campuses throughout the United States and Canada. These institutions operated under a variety of brand names, including Everest College, Heald, and WyoTech. Prior to its bankruptcy, Corinthian was the subject of several state and federal investigations into whether it misrepresented employment placement data to consumers and engaged in predatory marketing tactics. The company ceased operations on April 27th of this year.

Many former students of the institutions operated by Corinthian have been struggling to navigate the process of loan forgiveness through the current defense to repayment procedures, alerting the Department of Education to the need for updated regulations.

Current regulations may be insufficient to help borrowers harmed by institutions

A defense to repayment exists under federal law and regulation when an educational institution engages in conduct that gives rise to a legal cause of action. Unfortunately for student borrowers, current bankruptcy law does not allow for the discharge of student debt, except for in extremely limited circumstances. That being said, borrowers who are struggling with student debt may still benefit from exploring their options with a Houston bankruptcy lawyer. In many cases, even if student loan debt is not dischargeable, other types of debt may be, potentially easing an individual’s monthly debt burden.

Houston bankruptcy attorney Ryan Dove has been helping people who are experiencing financial difficulty since 2008 and regularly represents individuals in a variety of legal matters, including Chapter 7 bankruptcy, Chapter 13 bankruptcy, home loan modification, and debt settlement.