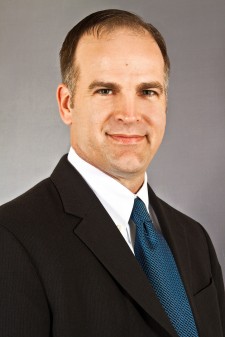 Jeremy Holliday, has been appointed Virginia regional sales manager and heads the office, at 8280 Willow Oaks Corporate Drive, Suite 604. The new facility is Quontic Bank’s third outside of the New York area. Other offices are in Miami and Indianapolis.

"We chose northern Virginia for our latest expansion because of its dynamic growth and diversity and its similarity to our home market."

“We chose northern Virginia for our latest expansion because of its dynamic growth and diversity and its similarity to our home market,” says Mr. Schnall. “Its low and moderate income segments present an opportunity for us to expand our focus on local community development. At the same time, there is abundant affluence to support our specialization in jumbo mortgage and portfolio lending.”

Quontic Bank is designated as a Community Development Financial Institution (CDFI), a distinction conferred by the U.S. Treasury Dept. on fewer than two percent of the nation’s banks. CDFIs are chosen for their combination of soundness and commitment to local lending.

Mr. Holliday is a 15-year veteran of consumer and business finance. He most recently served as branch manager in nearby Alexandria, Virginia for Bank of California.

“I’m extremely enthusiastic about this opportunity to bring Quontic Bank’s devotion to ‘customer-first’ service and emphasis on local development to the northern Virginia region,” he says.

Mr. Holliday expects to build the Fairfax staff to as many as 10 loan and operation specialists in the coming months. “I’m looking for men and women who match my enthusiasm and enjoy the challenges and accomplishments of a successful lending operation,” he says.

Born and raised in Iowa, Mr. Holliday has been a Virginia resident for 17 years and currently resides in Alexandria. He is a graduate of the University of Iowa, with a bachelor of arts degree in communication. He can be reached at jholiday@quonticbank.com.

Quontic Bank, established in 2009, is ranked in the top 1 and ½ percentile in soundness among the nation’s 6,199 financial institutions, according to DepositAccounts.com. The bank was listed number one among New York State community banks, based on eight key measures of performance, by the nation’s leading community bank consulting firm, DD&F Consulting Group, in DD&F’s most recent quarterly report. Quontic Bank has assets of approximately $240 million. For additional information, please visit www.quonticbank.com.