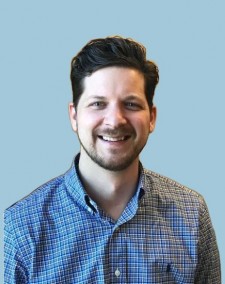 BRONX, N.Y., February 4, 2019 (Newswire.com) - Special Citizens, a New York City-based non-profit providing services to adults with autism, has announced Alex DiMaio as its newly appointed Executive Director. Since November of 2018, DiMaio held the role of Interim Executive Director and was chosen to formally step into the role following a competitive search process. Upon making the announcement of DiMaio’s appointment, Victoria Berger-Gross, Board President of Special Citizens, stated that “in addition to Alex having demonstrated a clear view of our future, and the steps needed to get there, he is a compassionate leader, deeply empathetic about our special community and passionate about the importance of our mission.”

Originally a parent-founded and led organization, Special Citizens has provided comprehensive services for those on the Autistic Spectrum for over 40 years, starting long before there existed the visibility and resources of today. With a person-centered approach to all programming and services, Special Citizens currently runs 18 Residences, 2 Day Habilitation sites and offers Community Habilitation services. Berger-Gross added that “as one of the very few NYC Metro agencies that focus primarily on autism, and with aspirations to be the center of excellence for holistic life management for these individuals, we’re confident in our decision to have Alex lead us into our next chapter.”

In the span of his 14 years of experience in the field of human services, DiMaio had previously held positions at Allegro Adult Services, where he served as a Program Director of Employment and as a Group Home Manager. Since joining Special Citizens, DiMaio has played critical roles in the development and growth of the agency and has served in the previous roles of Vice President of Health & Quality Services, as well as Director of Quality Assurance. Mr. DiMaio has been a key figure in developing agency policy at Special Citizens and has helped shape large-scale plans such as the integration of the agency’s Aging Out initiative, which functions to transition young men and women into lives of inclusion, acceptance, and independence within the array of Special Citizens’ programs. Beyond his consistent contributions to the agency’s strengths and overall success, Mr. DiMaio is widely respected and admired by his colleagues, staff, and most importantly, by the numerous people who partake in the agency’s services.

On accepting the position of Special Citizens’ new Executive Director, DiMaio remarked, “I am honored to have the opportunity to lead Special Citizens to the next level and look forward to bringing the work of this essential organization to more people in our community.” He added, “I intend to enhance our mission and continue building on focused collaborative efforts with the staff, board of directors and the people supported throughout our programs.” Mr. DiMaio officially assumes his new role as Executive Director February 4, 2019.

Any inquiries or requests for additional information can be sent to info@specialcitizens.org