New York will now have a task force to help protect consumers from radon-induced lung cancer by recommending proper training and licensing of radon professionals. 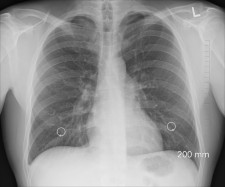 NEW YORK, October 25, 2019 (Newswire.com) - President of the New York Chapter of the American Association of Radon Scientists and Technologists (AARST), George Schambach, praised the Oct. 10, 2019 signing into law, by Governor Andrew Cuomo, of legislation to set up a task force to make recommendations for the regulation and licensure of radon professionals in New York State.

“This is a significant milestone in New York State policy on radon risk reduction,” said Schambach. New York’s task force has been assigned to recommend the proper training and licensing requirements for testing and mitigation according to the current American National Standards (ANSI-AARST). This will provide the same protections for NYS residents from radon gas that residents in 18 other states enjoy.

Statistically, 900 to 1000 New Yorkers will die from radon-induced lung cancer in the coming year of 2020.

David Daniels, President of AARST commented, “I am grateful for the foresight and leadership of Assemblywoman Lupardo, Assemblyman Crouch (A10774), and Senator Akshar (S8845-A) for working together on the regulation of radon professionals, and to Governor Cuomo for supporting and signing this task force into law. It is a major step forward for the State of New York.” Daniels is hopeful that “other states will look to New York as an example of getting started in the future.”

Radon, classified as a Group A carcinogen, is a radioactive gas that is the second leading cause of lung cancer in America and the leading cause for non-smokers. 21,000 Americans a year die from radon-induced lung cancer.

The medical cost of treating one person with radon-induced lung cancer is approximately $1.2 million.

“Many trained and nationally certified professionals,” said Schambach, “have been finding problems with radon mitigation systems because there is no requirement in New York for a person to be trained and licensed to install a mitigation system. Unprofessional work can increase radioactivity in the home. This law is a step in the right direction.”

Despite being the leading cause of environmental mortality in the United States, radon is not federally regulated by the US EPA. Each state must establish its own licensing regulations for radon testing and mitigation professionals. In many unlicensed states, the testing is done incorrectly, giving consumers a false sense of security.

“These regulations will protect the consumer and prevent fly-by-night operators from competing unfairly in the state and endangering the public,” said Schambach. “The law’s legislative sponsors and supporters, and this Administration are to be commended for taking a major step forward in reducing lung cancer in New York State.”

Source: The American Association of Radon Scientists and Technologists

About American Association of Radon Scientists and Technologist