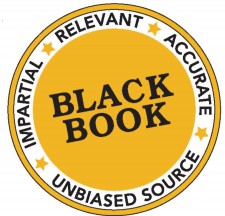 TAMPA, Fla., May 10, 2018 (Newswire.com) - In mid-2014, nurse dissatisfaction with inpatient electronic health record systems had escalated to an all-time high of ninety-two percent, according to a Black Book EHR Loyalty survey. Disruption in productivity and workflow had also negatively influenced job dissatisfaction according to nurses in eighty-four percent of US Hospitals. Eighty-five percent of nurses were struggling with continually flawed EHR systems.

Fast forward to Q2 2018 and nurses, the most instrumental stakeholders of hospital EHR success and a group rarely surveyed as the prime users of inpatient technologies, have swung to the positive on health technologies. 7,409 staff nurses and managers responded to Black Book’s 2018 EHR Loyalty Poll addressing the past difficulties of systems largely selected by non-clinicians and that impact on patient care.

“Technology can help nurses do their jobs more effectively or it can be a highly intrusive burden on the hospital nurse delivering patient care,” said Brown.

Despite the years of frustration noted in the annual Black Book EHR user surveys, ninety-six percent of nurse respondents said they would not want to go back to using paper records indicating, in part, the perceived value electronic health records adds to delivering higher quality care. EHR acceptance by nurses has shifted since 2015 when twenty-six percent of nurses were hoping for a return to paper records.

Eighty-eight percent of nurses believe their hospitals’ IT departments and administrators respond quickly to making changes in the EHR that the nurses recognize as vulnerabilities in the documentation, as compared to thirty percent in 2016.

“With so many unique software interfaces from medical equipment and the multiple departmental applications, siloed health data sets, and current cybersecurity initiatives, it’s no surprise that hospital nurses are, at times, discouraged but the majority of nurses responding to the 2018 survey see the value in their EHR fluency,” said Brown.

Eighty-five percent of nurses now see competency with at least one EHR as a highly-sought employment skill for an RN, and sixty-five percent believe nurses with multiple fluencies are deemed a highly superior job candidate currently by health systems.

EHRs have become an advantage for some hospitals in attracting top nursing talent. Registered nurses have also developed preferences more so for the EHR product and vendor as a working environment standard than for the hospital itself, according to eighty percent of job-seeking registered nurses which reported that the reputation of the hospital’s EHR system is a top three consideration in their choice of where they will work.

A lack of IT resources is still impacting nursing productivity. Eighty-two percent of nurses in inpatient facilities stated they do not have computers in each room or hand-held/mobile devices to aid in the EHR requirement, down from ninety-three percent in 2016.

Among those hospitals outsourcing the EHR help desk, twenty-one percent of nurses reported that their experiences with EHR’s call center do not meet their expectations of communication skills and knowledge of the product, a significant improvement from eighty-eight percent in 2016.

Black Book Market Research LLC, its founder, management and staff do not own or hold any financial interest in any of the vendors covered and encompassed in the surveys it conducts. Black Book reports the results of the collected satisfaction and client experience rankings in publication and to media prior to vendor notification of rating results and does not solicit vendor participation fees, review fees, inclusion or briefing charges, and/or vendor collaboration as Black Book polls vendors’ clients. 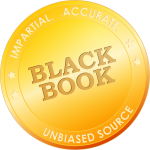 Pandemic Stresses National Need for Seamless Information Sharing Between Healthcare Providers, Black Book 2020 Interoperability Surveys
Two of three consumers revealed they will consider changing their physician and hospital providers in the coming year after learning how their health record was not shareable or available or was blocked in the past year
Black Book Market Research - Aug 3, 2020
Newswire