Number One iPhone App Made in One Week Without Programming

Color Switch overtook the top position in the United States iPhone App Store last night. The game was created in one week with new codeless development software called Buildbox. Color Switch has an estimated 8,000,000 downloads and is currently #1 in 34 different countries. 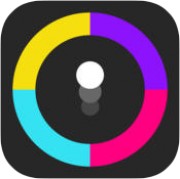 Los Gatos, CA, January 22, 2016 (Newswire.com) - Last night the hit game Color Switch overtook the top position in the U.S. iPhone App Store of All Apps.  The game has amassed over 8,000,000 downloads and is currently #1 of all apps in 34 countries including the United States, United Kingdom, Canada and Australia.

Color Switch was created by California resident, David Reichelt, in a single week using drag and drop game building software called Buildbox.  Buildbox is the first game development tool without any option for programming or scripting and is widely becoming known as a rapid development tool.  Creators use the software by dragging images into a level editor and changing their physics and control properties to create unique games.  David created the basic idea for Color Switch in only 30 minutes, and then finished the complete game in one week.

Color Switch was featured by Apple in major markets upon release and promoted heavily by the social media star, Fortafy, who published the game.  This was the 31st Buildbox game to break the Top 100 iPhone Games chart in the last year and the 28th Buildbox game to be featured by Apple.  Buildbox has had more Apple features and Top 100 games built with it's software than all other game building software platforms combined.

Buildbox has been publicly available for 15 months and the company has recently announced the version 2.0 of its software.

Buildbox is the world's first software that truly allows anyone to create amazing games regardless of technical skill.