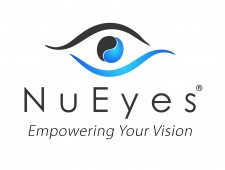 Newport Beach, CA, June 27, 2017 (Newswire.com) - NuEyes (NuEyes Technologies Inc.) today announced that it has secured a round of funding to fuel its growth in helping the legally blind live more independent lives. NuEyes works closely with ODG (Osterhout Design Group), the leading developer of augmented, virtual and mixed reality smartglasses and the platform on which NuEyes technology sits.

The undisclosed funding amount was provided by strategic partners as well as early stage venture capital firm, Arab Angel, with offices in Abu Dhabi, New York, and Washington, D.C. “Working closely with our technology partner, ODG, NuEyes has been able to move rapidly to expand sales and distribution in both the U.S. and abroad, we have recently added to our team as well as having expanded our office at Fashion Island,” stated NuEyes CEO Mark Greget. Greget added, “This funding will see us through to profitability, something extremely rare among AR firms at this point in the evolution of this industry.”

NuEyes is a veteran owned technology company based in Orange County, California that was launched in January 2016 to assist those suffering from eye conditions such as macular degeneration, glaucoma and retinitis pigmentosa, via a mobile, wireless and light-weight solution. Over the last 18 months, the company has seen extensive sales growth and has won awards at CES and obtained government reimbursement for its devices.

“There is so much innovative technology out there today — to be a part of this thrilling and emerging AR wave is one thing, but to be doing it for Good, is what makes it all worthwhile. Whether helping veterans or students, returning visual independence to the elderly or simply getting people back to work — changing lives for the better is extremely powerful,” says NuEyes President Justin Moore.

NuEyes gives you all the video magnification and software technology you need built into a comfortable, convenient headset.