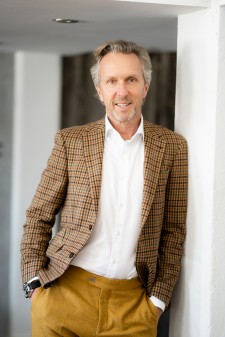 BARRIE, Ontario, February 13, 2020 (Newswire.com) - NUDURA, the world’s leading provider of insulated concrete forms (ICF), announced today that Francois Beauchesne has been promoted to president of the company, effective immediately. In his new role, he will be responsible for the strategic leadership and direction of the company. He replaces Murray Snider who is stepping down from the business to pursue other interests.​

Beauchesne previously served as NUDURA’s executive vice president of operations and technologies. Through prior roles in business development and manufacturing, he brings more than 30 years of experience in the expanded polystyrene (EPS) industry, as well as over 20 years in the ICF industry. He started in the EPS business in 1985 and was part of the initial team that innovated and designed a new ICF product in 1996 that would later be called NUDURA. Beauchesne earned an executive master’s degree in business administration from McGill & HEC Montreal in 2012.

“I look forward to helping take NUDURA to the next level of growth and leading the team to new successes,” stated Beauchesne. “We’d like to thank Murray for the passion and knowledge he brought to the ICF industry over the past 20 years and wish him all the best in his future endeavors.”

Introduced to the market in 2001, NUDURA has become the world’s leading Insulated Concrete Forming (ICF) system. Committed to providing innovative products and unprecedented service, NUDURA has become the preferred building method of ICF installers and designers. NUDURA ICFs are a proven method of providing you a better alternative to traditional building methods. Nudura is a part of the Tremco Construction Products Group which includes Tremco, Dryvit and Willseal. For more information about Nudura Insulated Concrete Forms, visit www.nudura.com or call 1- 866-468-6299.