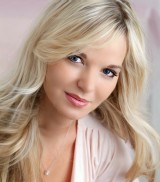 Philadelphia, PA, July 22, 2014 (Newswire.com) - The National Parks Conservation Association has announced that award winning country recording artist Doreen Taylor will be the organization’s newest 'Ambassador of the National Parks' spreading the important message about connecting young people to America’s national parks heading into their 2016 centennial. Taylor was selected by the NPCA earlier this year to create an anthem in support of national parks. “Colors of the USA” was inspired by her childhood memories of family road trips to our nation's parks and was premiered at the ‘Salute to the Parks Gala’ in Washington DC in April. NPCA receives a portion of all proceeds from the song to help protect and enhance our national parks for future generations and can be downloaded at http://www.colorsoftheusa.org

“We are thrilled that Doreen Taylor has become an official NPCA Ambassador and that she shares our strong desire to connect new audiences to America’s national parks,” said NPCA Pennsylvania Program Manager Matt Elliott. “In order for national parks to remain relevant into their second century, we must prioritize connecting to a new generation and Doreen has helped us do that.”

"One of the challenges facing the parks today is that younger more diverse audiences are not visiting them at the volume their parents and older generations did."

The announcement was made at a public media event held on Wednesday, July 16, 2014 in front of one of the United States’ most historical sites, Independence National Historical Park in Philadelphia, PA. At this event, Taylor joined NPCA to express strong support for this centennial effort. Children from The Boys & Girls Clubs of Philadelphia and Camden County were treated to a field trip at Independence NHP following the brief media gathering and performance of Taylor’s Song “Colors of the USA”.

Full service entertainment company specializing in the music industry including but not limited to performance, songwriting, publishing, production and PR.