Norma D. Davis' New Book 'Surviving the Military' is a Powerful Account That Voices a Survivor's Truth in Hopes to Empower the Silenced Ones 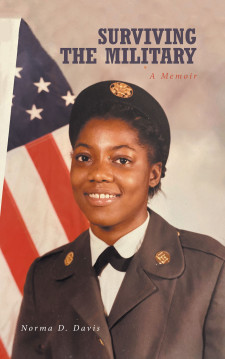 BROOKLYN, N.Y., May 19, 2022 (Newswire.com) - Fulton Books author Norma D. Davis, a two-time Honolulu film awardee, an independent filmmaker, a proud U.S. Army veteran, has completed her most recent book "Surviving the Military": a true story about an inspiring woman whose trust and self-worth was challenged during her time in the military. She was sexually assaulted and what hurt more was that one of her co-female soldiers took part in the abuse. That experience was unforgivable, traumatic, and might be shameful to some; but Norma Davis braved the storm and demanded justice.

"Norma D. Davis has struggled with finally telling the truth about how betrayal almost caused her to give up on sisterhood and brotherhood all together when a female soldier helped a male soldier rape her because her sexual moral compass remained the same despite the pressure.

Davis only spoke with mental health officials about the traumatic experience and betrayal in 2008 for the first time. Davis came forward and decided that young adults, veterans, males, and females that are heading out into the world need to always be aware of the evil that lurks around them. Davis wants all of them that have been traumatized to know that they are not alone, nor to be afraid about speaking out, anymore.

Davis wants all men and women that have been traumatized to also know she doesn't feel ashamed or embarrassed, but the violator should.

You can only prosper if you take risks, but beware in your travels."

Published by Fulton Books, Norma D. Davis' book is a riveting piece with blistering honesty. The author aims to encourage victims of abuse to overcome the darkness. The person who must lock themselves from the world should be the abuser, not them.

It's an emotionally written memoir that will move readers into tears.

Readers who wish to experience this gripping work can purchase "Surviving the Military" at bookstores everywhere, or online at the Apple iTunes store, Amazon, Google Play or Barnes & Noble.