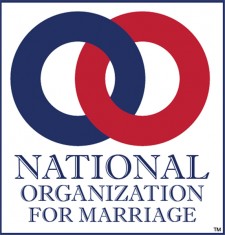 Washington, DC, August 3, 2016 (Newswire.com) - ​​​​When Missouri Republican Anne Zerr cast the deciding vote to kill SJR 39, a proposed constitutional amendment to protect the rights of supporters of marriage from governmental persecution, the National Organization for Marriage (NOM) vowed to end her political career. NOM delivered last night when Zerr was defeated in the GOP primary for state Senate. NOM mounted an independent expenditure campaign funding mailers and phone calls to oppose Zerr and endorse her opponent, Rep. Bill Eigel. With all precincts reporting, Eigel has defeated Zerr by 385 votes.

“Anne Zerr betrayed her constituents and the people of Missouri when she sided with LGBT extremists to defeat SJR 39, which would have given voters the right to protect supporters of marriage from discrimination by governmental entities,” said Brian Brown, NOM’s president. “We did what we promised and went after her, and I couldn’t be happier that she has been defeated. Zerr joins a long list of Republicans who have ended their political careers by voting against the interests of people who support marriage as the union of one man and one woman.”

Last April, Zerr joined with two other Republicans, Representatives Jim Hansen and Caleb Rowan, to defeat SJR 39, a proposed constitutional amendment that would have protected people of faith from being forced to participate in same-sex ‘weddings’ in Missouri. Because of her vote, Zerr subjected Missourians who support traditional marriage to an array of punitive actions by government, usually undertaken at the behest of LGBT extremists. People in numerous other states have been sued, fined, fired and punished, their reputations ruined and their livelihood destroyed. SJR 39 would have given Missouri voters an opportunity to prevent this type of discrimination against people of faith.

“When four Republican Senators in New York voted for gay ‘marriage,’ we ended their careers,” Brown said. “When Republican candidates for US Senate in New Hampshire, California and Oregon came out in favor of redefining marriage, we defeated them and ended their careers. When Supreme Court judges redefined marriage in Iowa, we removed them from office. When GOP candidates for Congress in California and Massachusetts endorsed gay ‘marriage’ we defeated them. And now we have defeated Anne Zerr over her vote to subject supporters of marriage to punitive governmental actions simply for not wanting to be involved in gay ‘marriage.’ We urge Republican officials in Missouri and elsewhere to pay attention to this pattern. If you vote with LGBT activists against those who support marriage, you do so at the risk of your political career.”

NOM said they are considering what actions to take against Representatives Hansen and Rowan during the general election. “Caleb Rowan has an opponent in his race for state Senate District 19 and we will consider opposing him even though his opponent does not support SJR 39. It would be better for Missouri to have a bad Democrat for one term than to have a bad Republican for a career. Hansen doesn’t have an opponent, but that won’t stop us from letting his constituents know about how bad he is on marriage, religious liberty and giving voters a chance to decide critical issues like this for themselves. Whether it takes a few months or several years, we will not rest until all three Missouri Republicans who betrayed supporters of marriage are out of office. Zerr was first, Hansen and Rowan are next.”

Paid for by The National Organization for Marriage, Brian Brown, president. 2029 K Street NW,
Suite 300 Washington, DC 20006, not authorized by any candidate or candidate's committee

About National Organization for Marriage

Defending Marriage and Family, and the Faith Communities that Protect It