PHILADELPHIA, February 3, 2022 (Newswire.com) - The Alliance for Decision Education has added Nobel Prize Winner Richard Thaler to its growing list of distinguished leaders working to have decision-making skills taught to students K-12 in all U.S. schools.

Thaler, the global best-selling author, and an expert on the psychology of decision-making, won the Nobel Prize in 2017 for his breakthrough work that created a bridge between the economic and psychological analyses of individual decision-making.

His highly acclaimed book, Nudge: Improving Decisions About Health, Wealth and Happiness, which he co-authored with Harvard University Professor Cass Sunstein, demonstrated that by applying insights from behavioral sciences, organizations can guide - or nudge - human behavior in areas such as public policy, finance, and health. It has transformed how many industries, companies, organizations, and governments apply behavioral science to influence improved outcomes and has been called one of the most influential academic books of the 21st Century.

"Children begin making meaningful decisions early in their lives. There can be no more important skill than making sound choices, and no topic more deserving of attention in schools. We can and must help," Thaler said.

The Alliance for Decision Education, founded in 2014, has accelerated its work to have Decision Education added to school curriculums, citing mounting evidence that students are struggling in today's fast-paced, constant flow of electronic information and also are increasingly ill prepared for a world that is demanding skills in problem-solving, analytical thinking, probabilistic thinking, and reasoning.

"By teaching our children the critical skills of decision-making, we can prepare them for the opportunities and challenges they are facing today and will encounter tomorrow. We know that better decisions lead to better lives. We also know that poorly made decisions can carry lifelong consequences," said Alliance Executive Director Joseph E. Sweeney, Ed.D.

Thaler, who will serve on the Alliance Advisory Council, is the second Nobel Laureate among more than two dozen global business, science, education, and sports leaders to join the Alliance, helping to propel its mission into reality.

The list of supporters committed to the Alliance mission includes:

"Having leaders of this caliber join our work speaks to the critical importance of having Decision Education included in our schools. If there is one thing that we can do to help ensure the long-term well-being of our students—and our society—it is to teach our children the skills of good decision-making," Sweeney said.

About the Alliance: The Alliance for Decision Education is a national nonprofit leading the growing national call to have Decision Education taught in schools across the country by 2030. Founded in 2014 and backed by some of the world's leading experts in decision science and education, the Alliance fosters the understanding that better decisions lead to better lives and a better society. The Alliance is working with educators, academic and business leaders, parents, and community members to raise awareness that today's students need to learn the life-long skills of decision-making, which will improve their work in the classroom and their lives beyond. Learn more and support the Alliance efforts at: alliancefordecisioneducation.org

Source: The Alliance for Decision Education 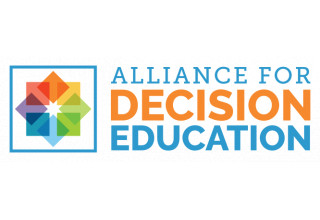 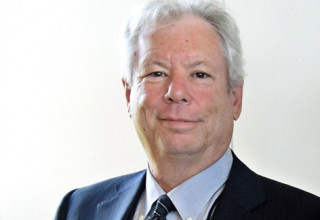