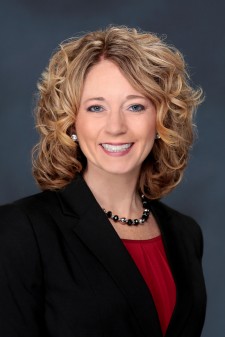 ARLINGTON HEIGHTS, Ill., October 16, 2020 (Newswire.com) - The American College of Osteopathic Family Physicians (ACOFP) is pleased to announce that Nicole Heath Bixler, DO, MBA, FACOFP, was named President on Thursday, Oct. 15 during a virtual inauguration ceremony. Dr. Bixler is a physician at Immediate Medcare & Family Doctor of Spring Hill in Florida, where she focuses on the geriatric population with outpatient and inpatient services.

Dr. Bixler currently serves on the Florida Prostate Cancer Advisory Council, appointed by the state surgeon general. She holds an appointment of Clinical Associate Professor at the Kiran Patel College of Osteopathic Medicine at NOVA Southeastern University and has been a preceptor to students for Rural Family Medicine since 2010. She has also served as Core Teaching Faculty for the HCA Oak Hill Family Medicine Residency since its inception in 2017.

Dr. Bixler became an ACOFP Fellow in 2011 and has served on the Board of Governors since 2013. She is a Past President of the Florida Society of ACOFP and the Florida Osteopathic Medical Association (FOMA). She has been honored with several national ACOFP awards including Outstanding Young Physician of the Year and Outstanding Female Leader. Additionally, she has been awarded the title of Family Physician of the Year and Educator of the Year by the FSACOFP and received the FOMA’s highest honor of the Distinguished Service Award in 2020.

“As this year has proved to be challenging, this is the time for osteopathic family physicians to shine—to use the knowledge and skills we have been given to treat our patients, our families and our communities holistically; to be role models in our behaviors, actions and deeds; to be champions for our profession and our patients through responsible advocacy; and to combine passion and contribution for a path to wellness,” said Bixler.

With the cancellation of the in-person 2020 ACOFP Annual Convention & Scientific Seminars last March, ACOFP was unable to induct Dr. Bixler as the fourth female president in ACOFP history. The ACOFP Congress of Delegates voted to stay the Board of Governors for the year to add stability in leadership during these turbulent times—with a few exceptions. It was decided to split the role of president over the course of the year. As a result of this decision, Dr. Bixler’s term officially begins in October 2020 and she will continue to lead the organization as president into March 2022.