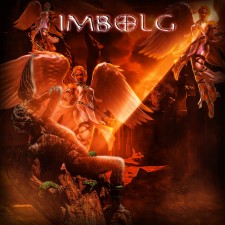 NEW YORK,NY, February 8, 2018 (Newswire.com) - This coming April, New York City’s own Imbolg will release their new album: "The Sorrows". This will be their second release on Forever Autumn Records. The album title was inspired by a series of Irish Folk Tales known as "the seven sorrows of Ireland". Imbolg, who most notably has performed for NYC's “Witchfest”, that is held annually on Astor place and at Yasgur's Farm (the property which the original Woodstock festival was held at) are known for their macabre sounds reminiscent of Black Sabbath, the Sisters of Mercy and several other influences. Combined with ethereal synthesizers, an articulate and powerful Rhythm section, topped with the potent and moving vocals of Imbolg's lead vocalist/guitar player Nate Dal Cais, this album will not disappoint as they lure you into their darkly enchanted spectrum of sound. The Premiere of "the Sorrows" will be at the band’s record release/listening party on Saturday, April 13 at 11 p.m. during the Necropolis Goth/Industrial dance party being held at the Windfall bar and restaurant located at 23 W. 39th Street in New York City between 5th and 6th Avenues.

"The Sorrows" showcases the band’s diverse style which at times is in the vein of modern goth rock and metal. A perfect example of this is the album’s first single “Red Devil” that echoes tones that are similar to two of the band’s main influences: "Type O Negative" and "the 69 Eyes". Some other notable tracks include a more synth-based song called “Edward” inspired by the Tim Burton film "Edward Scissorhands", “an Autumn Night” a duet with Dal Cais on Piano vocals and guest accompaniment by Helen Buyniski on Violin, and “Paler Still” a modern punk rock song reminiscent of another of the band’s influences: "The Misfits". All songs on the album were written by Dal Cais with the exception of some of the basslines written by Imbolg's bass player Kitty Hawke and the song “Your Darkest Day”, co-written lyrically by Chris “Pit” Gnecco formerly of rock band "Ours" and features lead/backing vocal’s by Mark Demon of "Night Gallery". The current line up of Imbolg also includes drummer Ken Holly, a distant cousin of the Rock and Roll legend Buddy Holly.

Imbolg will start touring on Friday, April 13, opening for "Velvet Acid Christ" at the Revolution Music Hall located at 140 Merrick Road in Amityville, New York. The band is planning on revisiting several states along the East Coast and possibly come out to the West Coast to perform. The aforementioned song “Red Devil” is also scheduled to be featured in the upcoming acid bath production horror comedy “the Litch”, starring award-winning Scream Queen/Director Genoveva Rossi. Like their previous self-titled album, "The Sorrows" will be available for sale in most major U.S. Cities and for play in over 150,000 digital jukeboxes nationwide.

For More information, media requests, guest lists, or to set up an interview, please contact: 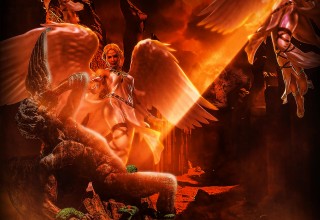 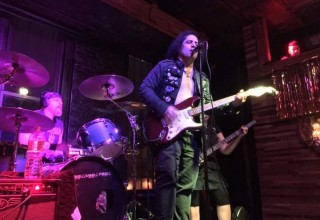 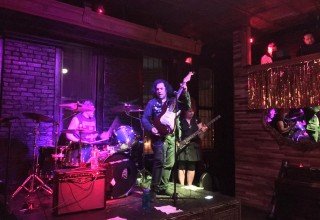 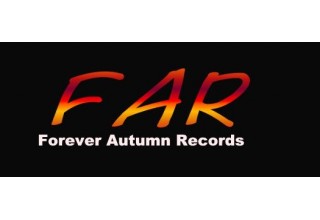 Forever Autumn Records is an Independent Record Label based out of New York City that distributes music nationally. Mostly in the Genres of : Rock, Metal ,Goth and Punk