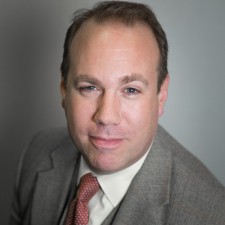 New York, NY, October 17, 2016 (Newswire.com) - The second presidential debate on October 8 sparked questions among legal professionals regarding Donald Trump’s threat that, should he be elected, he would appoint a special prosecutor to investigate Hillary Clinton’s use of a private email server while she was secretary of state. In an interview with WHDT World News, criminal defense attorney Peter E. Brill of Brill Legal Group, P.C. in New York, offered his perspective on the legality of Trump’s statements and discussed the safeguards in the justice department that may help prevent abuse of executive power.

During the debate, Trump said, “If I win, I am going to instruct my attorney general to get a special prosecutor to look into [Clinton’s] situation,” and threatened to put her in jail. Brill, who is one of just two attorneys in New York certified with the National Board of Trial Advocacy, said such claims to use political retribution against an opponent are “unprecedented” and can be described as “dictatorship talk.”

The appearance of political favoritism in the justice department during the Whitewater scandal and in the way Clinton’s email case was handled fed into the frustration of Trump’s supporters, who called for Clinton to be thrown in jail during Trump rallies. However, Brill points out that the president does not have the legal power to do what his supporters called for. This is because special prosecutors are governed by the attorney general — not the president. “Presidents cannot simply tell their attorney generals what they should or should not do,” Brill said. “[Attorneys] are governed by their own separate ethical rules, and the attorney general is no exception to that.”

Additionally, Brill offered his legal perspective on the matter of whether a reasonable prosecutor would have brought the case regarding the private email server against Clinton to a jury. “[If the case] would cut on whether someone knew that the letter ‘C’ at the beginning of the subject line in an email meant ‘confidential’ or not, that’s not a case I would want to bring in front of a jury.” Brill said.

Providing criminal defense, representation for internal investigations, and professional license defense in the Greater New York area. We practice in area courts and before the OPMC, OPD and DOH.