A new website lets users send notes after they die. MyAfterNotes.com allows people to create notes to be delivered to friends and family upon their passing. 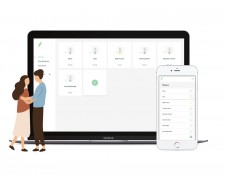 BURLESON, Texas, December 18, 2018 (Newswire.com) - MyAfterNotes.com announces the completion and launch of a new web service that allows people to create notes to be delivered when they die. This could be used to deliver final words of encouragement, last wishes, living wills, safe combinations, computer passwords, important instructions, notes, or anything else someone would need to send once they have died.

“Creator Tommy Owen said the idea came to mind after his cousin was unexpectedly killed while on the job. He was there one day and gone the next,” says company spokesperson Kyp Shillam. “What were his passwords for his banking information? Where was the life insurance information? Did anyone know where the key to the safe was or where his funeral arrangements were stored? Were there any last wishes or words of encouragement for his family and friends? All these questions added such chaos and confusion to an already heartbreaking time for their family.”

After his cousin died, Tommy thought about his own life. If he could tell his wife and kids anything, what would it be? Would his wife know important information?

A professional web designer, Owen originally created MyAfterNotes.com for his own personal use. “He wanted to make his last words count – to leave his family with peace of mind knowing how much they were loved,” Shillam said of Owen’s intent with this groundbreaking web service.

But Owen quickly found there were many who shared the same concerns and wanted access to this revolutionary site. Born of tragedy, “His hope was for MyAfterNotes.com to take some of the sting out of death by giving people the opportunity to communicate with their loved ones even after they are gone,” Shillam said.

How does it work?

Subscribers choose 2-5 trusted Key Bearers with a code to open their notes upon their death. Owen says it’s important to note the Key Bearers have absolutely no access to the notes while the subscriber is alive – none. Once the subscriber dies and at least two Key Bearers activate their code, the notes will be released within three days unless the account holder stops the process.

How does the website know when the user dies?

Simple. Because there is no way to access real-time death records from across the nation or the world, the responsibility to activate the delivery of the notes is on the Key Bearers. Their only function and capability is submitting their special code when the time comes.

What if the Key Bearers are mistaken?

What does it cost?

The service is easy and affordable – an $18 one-time charge.

What kind of notes can be sent?

“After his cousin died, Tommy thought about his own life. If he could tell his wife and kids anything, what would it be? Would his wife know important information? He thought there had to be a way to tell her he loved her and the kids even after he was gone. MyAfterNotes.com is the best way he could think of to do that,” Shillam said, noting possible uses for MyAfterNotes.com:

“Tommy’s passion is to give those left behind one last memory, one last word, from the person they lost. It is something he knows he would treasure for the rest of his life. He hopes others feel the same and see the value in leaving their friends and family with one last word,” said Shillam.

Owen is available for media interviews at support@myafternotes.com. 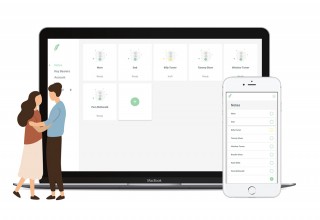 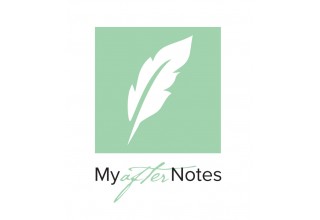 WANT ONE LAST WORD? NEW WEBSITE LETS YOU SEND NOTES AFTER YOU DIE.
MyAfterNotes.com allows you to create notes to be delivered to friends and family upon your passing.

A New Search Engine for Essential Oils
Officially launched on January 1 2016, eoChain is an innovative search engine tailored to the essential oils community. The website is designed to be a place where people can discover and share new essential oil blends, tips and tricks for free.
Tommy Owen - Jan 12, 2016