Can an algorithm save your retirement? 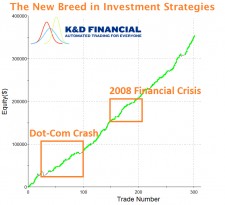 BOULDER, Colo., September 26, 2017 (Newswire.com) - From the K&D Financial Media Team: After the dust settled in 2008, fear and chaos were all that remained. Some people lost their homes, the ability to put their children through college and even their life savings; paranoia gripped the nation.

Kurt Bruch, on the other hand, got angry and decided to do something about it: "I was fortunate to be fresh out of graduate school when the crash happened. I swore to never repeat those type of losses."

It's actually a less complex strategy than most financial planners use when 'diversifying' your portfolio using mutual funds. The difference is our system far exceeds the performance of mutual funds.

The National Institute on Retirement Security now says that 88% of Americans believe there is a retirement crisis, but with solutions like Kurt's, there may be hope.

Kurt is a professional stock market trader who develops algorithms to trade the market for him. Algorithmic trading is not new; people have been writing this type of code for years: "What sets us apart is that we're not building systems for just trading, we're building systems for the common investor."

Kurt's partner, Domenic Weber, chimes in: "As a trader, I can garner 100%+ returns per year. Most successful traders aim to double their money every 12 months, but this is a high-risk, high-pressure environment the average investor just isn't cut out for."

That’s why they started K&D Financial. Kurt developed a swing trading strategy that makes around the same number of trades a Certified Financial Planner (CFP) would make on a retirement account, but with a remarkable 80% probability of making money with each new trade.

Using a self-directed brokerage account, anyone can place trades. The K&D system requires investors to place around 15 trades per year using just one stock. "It's actually a less complex strategy than most financial planners use when 'diversifying' your portfolio using mutual funds. The difference is we're beating the pants off of mutual fund performance."

The S&P 500 index typically returns 10% per year. With anywhere from 80%-99% of mutual funds under performing that 10%, it does indeed appear that a retirement crisis is looming.

"We aim to change all that ... we've developed an algorithm that trades just one stock between 15 to 20 times a year. At five minutes per trade, you're looking at a 75-100 minute time commitment per year. CFPs can't hold a candle to that kind of performance."

The difference: the K&D swing trading strategy boasts a data-proven 22%+ gain per year, double that of the S&P 500. "We put data and statistics on our side. Data and our proven track record show this works … it's that simple."

It took five years to develop and write the code behind the algorithm. In 2012, Kurt deployed it for himself; it's been running ever since. The interesting part, the algorithm has performed even better in real time than what the back-data suggested was possible.

Making the complex appear simple is often the work of artists. In this case, K&D Financial's S&P Swing Trading Strategy is just that: simple yet powerful. If you had started with a $5k account 20 years ago, that account would have grown to over $350k today.

With returns like that, K&D is poised to keep the retirement crisis in check. 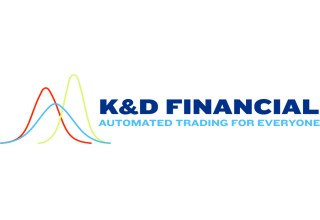 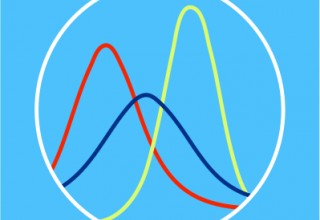 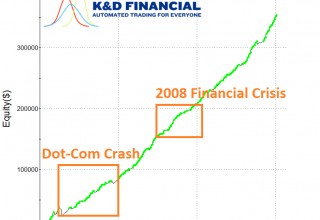 K&D Financial is a new breed of technology that everyday investors should use to grow their retirement portfolio. With a data back track record, K&D has consistently out performed the S&P 500 Index and most mutual funds.