What Would You Do If You Knew - For Certain - That You Had 10 Days To Live? 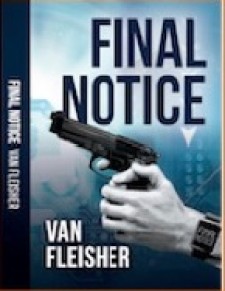 In his debut novel, published on October 30, 2017 by BookBaby, author Van Fleisher paints an all-too-recognizable portrait of a guns-gone-wild America.

Set in the near future, the plot centers on the age-old question, “If you knew – for certain – that you only had 10, 20 or 30 days to live, what would you do?”  This time, the catalyst for posing this question is the development and testing of a new health/sports watch which is so advanced, it can analyze minute changes in the blood and even predict imminent death ... sending owners a “Final Notice” alert.

The Final Notice feature was initially included in the watch to allow its wearers to get their affairs in order, say their last goodbyes, etc.  But in several cases, the opportunity to get revenge with impunity – afforded by the knowledge of impending death – leads to some very unanticipated results, especially when the Final Notice recipient has easy access to a gun.

Laced with dark humor and political satire, Final Notice chronicles the reactions of these diverse Notice recipients – ranging from an aimless, retired truck driver to a U.S. Senator ... from a benevolent old woman to an elderly resident of a retirement home ... from a crass, wealthy tycoon to an internationally renowned climate scientist.

But their disparate stories are all woven into the moral dilemmas of several main protagonists:  Vijay Patel, the brilliant doctor / mathematician who developed the watch ... Zoe Brouet, the young FBI agent who investigates the murders ... and Vince and Trudy Fuller, a retired middle-class couple with an ethnically-diverse group of friends and an endearing Corgi.  It is, in fact, the involvement of these protagonists that fuel much of the suspense in the book.

Final Notice is a fast-paced page-turner.   But while the initial premise of the book – the idea of a watch that can predict imminent death – has something of a sci-fi slant to it (much like the submarine in 20,000 Leagues Under the Sea), the book is totally believable.  And its portrayal of contemporary problems – political corruption, prejudice, and particularly, the role of the NRA in obstructing gun control – will hit a familiar chord with a great majority of people.

“Final Notice by Van Fleisher is a fiction novel that is not that far from reality.... My attention never wavered while reading this novel.  The characters are likable and multidimensional ... the plot was perfectly paced .... (and) I kept on tuning the pages because I was impatient to see how each character who received a final notice would react.  I have to congratulate the author on the ability to surprise me multiple times throughout the story.  This novel proves that we never really know people as well as we think we do.”    --  Sarah Khan, OnlineBookClub.org Senior Reviewer

Available in paperback and ebook at:

And other leading online and physical bookstores 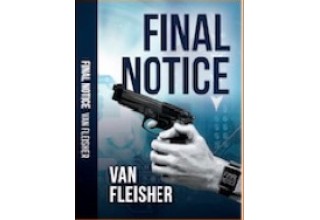 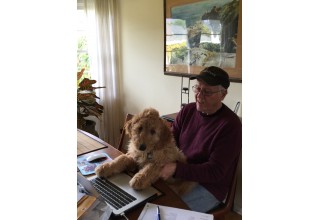 Company is focused on the launch and promotion of Final Notice, a suspense-thriller novel that explores the answer to the question, "What would you do if you had only 10 days to live?"