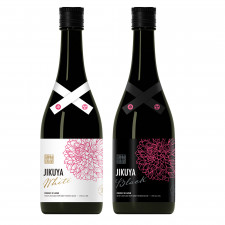 FUKUOKA, Japan, August 10, 2022 (Newswire.com) - Following a launch year that exceeded expectations, importer Honkaku Spirits - which is devoted exclusively to koji-fermented spirits from Japan including Honkaku (authentic) Shochu, Ryukyu Awamori from Okinawa, and koji whiskey, only from family-run distilleries - is expanding its shochu portfolio, including adding another female toji  (master brewer-distiller) as well as its first awamori.

Christopher Pellegrini, founder of Honkaku Spirits and author of The Shochu Handbook, says: "In our first year, we expected our koji-fermented whiskey to be the easier sell; we were pleasantly surprised that the shochu actually won the race and can be found in fine bars such as Bar Kumiko in Chicago, Michelin starred restaurants such as River Café in Brooklyn, and discerning retailers such as Umami Mart in Oakland. The support has been amazing."

Richard Driscoll, Executive Vice President of Winebow, the leading distributor of the Honkaku Spirits portfolio, adds: "Last year we set out to be a leading distributor of Japanese spirits, and our team dove right in. We've been gratified by the tremendous interest in this untapped and extremely interesting category, which is now trending upward."

The new products being imported are:

Jikuya White and Black Sweet Potato Shochu from Jikuya Distillery - Situated in the foothills of Mount Shibi (Satsuma, Kagoshima Prefecture), Jikuya Distillery (est. 1910) specializes in Satsuma Shochu, a designation for sweet potato shochu that is completely sourced and produced in Kagoshima, among other specifications. The fourth generation Master Brewer-Distiller, Ms. Maiko Jikuya, spent nearly eight years studying and working in New York City before returning to Japan to begin her training as a shochu maker; she became the head brewer-distiller in 2011 and president of the company in 2016.

Honkaku Spirits is devoted to bringing intensely artisanal Japanese spirits to discerning American customers with a particular focus on koji-fermented spirits including honkaku shochu, awamori from Okinawa, and koji whiskey.