The Scientology Network begins a bold new chapter with the debut of its second season at 8 p.m. on Monday, October 8 with more than 60 new episodes of programming showing every aspect of the world's youngest major religion and its global humanitarian mission.

LOS ANGELES, October 8, 2018 (Newswire.com) - Since launching on March 12, 2018 with six original series and more than 70 hours of programming, the Scientology Network has been viewed in 237 countries and territories worldwide in 17 languages. Satisfying the curiosity of people about Scientology, the network takes viewers across six continents, spotlighting the everyday lives of Scientologists; showing the Church as a global organization; and presenting its social betterment programs that have touched the lives of millions worldwide.

In just the first six months of broadcasting, the Scientology Network has been seen by millions—on satellite, live streaming and on demand. The network earned five Telly Awards honoring excellence in video and television across all screens and has been lauded by top industry executives for its diverse, compelling content and exceptional production qualities.

The network has also been praised for shattering the paradigm of religious broadcasting, ushering in a new era that shows a religion in action, making the world better. While most religious networks began with a few hours of programming, Scientology Network launched with a full schedule of original content airing 24/7. The Scientology Network doesn't preach but, instead, through its dynamic selection of programs, simply shows the religion, its members and its work, so that viewers can see for themselves.

The network also uniquely features the good works of those across all major faiths, while providing a platform for independent filmmakers to air poignant, uplifting films on important social issues that underscore the goodness of the human spirit and show how determined individuals can make a difference.

The Scientology Network's new programming will include a lineup of eight original series:

 Inside Scientology—In the network's debut season, viewers were taken inside some of the Church's most important facilities, including its spiritual headquarters in Clearwater, Florida; its archival project to preserve religious scripture; and its state-of-the-art print and publishing houses.

New episodes go even further inside the Church. Viewers get a behind-the-scenes look at Scientology Media Productions (SMP), home of the Scientology Network. Housed on a five-acre complex on the world-famous Sunset Boulevard in Los Angeles, SMP is the nerve center of Scientology's global media operations, featuring the most advanced digital media studio and fully integrated television facility on Earth. What began as a silent movie studio in the early part of the 20th century has been painstakingly transformed into a global broadcasting, digital and print media hub for the 21st century.

Future episodes of Inside Scientology will take viewers on board the Freewinds, the Church of Scientology's religious retreat and humanitarian ship. Also featured will be Saint Hill, the historic home of Scientology Founder L. Ron Hubbard in East Grinstead, Sussex, England, where he made some of his most important discoveries about the mind and spirit.

 Meet a Scientologist—Last season, viewers met a fascinating array of Scientologists, such as the makers of an iconic brand of banjos; a veterinarian with a 24-hour emergency care hospital; Italian entrepreneurs who revitalized a motorcycle industry legend; and a leading camera robotics engineer. New episodes will likewise be diverse, including a Hall of Fame skier and American legend; a YouTube skateboarding sensation; a Russian award-winning ballroom dancer; an Egyptian percussionist; a CEO of a leading steel fabrication company; a Danish aerobatic pilot and more.

 Voices for Humanity—This mini-documentary series presents individuals from a variety of faiths, cultures and nations as they work to make a difference by helping communities in partnership with Scientology-sponsored humanitarian programs. The launch season featured such efforts as a Zambian priest helping impoverished communities; a father and daughter in New York educating schoolchildren on the dangers of drugs; a minister bringing warring gangs together in peace in South Los Angeles; and the leader of Volunteer Minister rescue efforts bringing relief to those devastated by a massive earthquake in Nepal. New episodes will include a man who uses hope as his weapon of choice to battle drugs on the streets of Minneapolis; an acclaimed professor in Nigeria doing wonders to combat illiteracy and improve education in that country; as well as the grandson of a blues legend who has committed his life to fighting sex trafficking and educating kids on the importance of human rights.

 I am a Scientologist—The program that features Scientologists from all walks of life and every part of the planet has already introduced viewers to film directors, painters, salon owners, karate instructors, beatboxers and scores of others whose lives have been transformed and enriched by the religion. New episodes will showcase hundreds more Scientologists—their cultures, values, professions and personal stories.

 Destination: Scientology—Viewers are taken to Churches of Scientology worldwide to explore what makes each unique and the impact they have on their communities. The network previewed the series in March with an episode taking viewers inside the Church of Scientology and Community Center in Inglewood. The Scientology Network next previewed Destination: Scientology Tampa, presenting the Church in Ybor City, including the restoration of the historical property erected by Cuban immigrants as the first cigar factory in Tampa and now serving as the Church's home. Upcoming episodes will take viewers inside Churches of Scientology around the world: in the heart of New York City's frenetic Times Square; Melbourne, Australia; London, England; the San Fernando Valley, California; Copenhagen, Denmark; Harlem, New York, and others—each showing the diversity and energy of the Church and its parishioners and what they bring to their communities.

 L. Ron Hubbard Library Presents—These films explore the beliefs and practices of the Scientology religion through the groundbreaking writings of its Founder. The series will include new episodes such as:

 The Aims of Scientology

 A Description of Scientology

 L. Ron Hubbard: In His Own Voice—Scientology is the only major religion with recordings of the voice of its Founder intact. This series, chronicled in L. Ron Hubbard's own voice, presents his remarkable life and discoveries through autobiographical vignettes in episodes such as: Life as an Author, Travelogue Through Life and Trail of Discovery.

The fall season includes an extraordinary presentation of L. Ron Hubbard's timeless article, Is It Possible to Be Happy?—the only essay he himself ever recorded. Originally presented on radio in 1954, the recording is now brought to life on film.

 Citizens Commission on Human Rights—This ongoing investigative series features the global advocacy organization taking on powerful, well-funded psychiatric interest groups to educate the public on abuses of psychiatry. Featured documentaries expose the truth about the marketing of psychotropic prescriptions, the dangers of those drugs and the industry's terrifying history. New to the series will be a gripping exposé, Therapy or Torture: The Truth About Electroshock, revealing how the $5.2-billion industry is shocking one million people worldwide every year, resulting in brain damage, memory loss and even death.

 Documentary Showcase—Fundamental to Scientology is its humanitarian mission that extends to some 200 nations with programs for human rights, human decency, literacy, morality, drug prevention and disaster relief. For this reason, the Scientology Network is providing a new platform for independent filmmakers who embrace a vision of building a better world.

Documentaries airing in the new season will range from an acclaimed film on the rescue of hundreds of Jewish children from the Nazi Holocaust; a profile of a Nobel Prize-winning former head of state; an artist who uses her talent to tell stories of racial injustice; and the incredible journey of an all-female film crew traveling across America spotlighting powerful women leaders in a variety of industries.

The Scientology Network will also present films on the beliefs and practices of the religion, airing the content to answer questions about the faith, philosophy and technology. They include:

 Scientology Principles—questions are answered about the most basic tenets of Scientology, explaining the fundamental beliefs and core truths of the religion.

 Scientology: The Fundamentals of Thought—presenting the basic theory of Scientology from the book of the same title—highlighting discoveries that enhance every aspect of life, the mind and the spirit.

 The Problems of Work: Scientology Applied to the Workaday World—here is the technology to resolve problems to not only bring stability to the workplace, but to return joy to life itself.

 The Way to Happiness—L. Ron Hubbard's moral code and common sense guide to living universally applied to anyone regardless of religion or cultural background. Brought to life on film, The Way to Happiness is the moral code Scientologists abide by each day. The book has been translated into 115 languages and distributed to more than 120 million people worldwide.

An additional 21 short films titled "Common Sense for Life" depict the precepts of The Way to Happiness.

Ongoing humanitarian documentaries show viewers the core of the Church's drug education and human rights programs. Through the work of more than 1.7 million volunteers, these humanitarian initiatives have distributed information about the realities of drug abuse to over 700 million people worldwide and have brought human rights education to individuals, groups and governments in more than 190 nations. Programming will include:

 The Truth About Drugs: Real People, Real Stories—providing personal accounts on the dangers of the most abused drugs.

 They Said, They Lied—dramatic short films debunking the lies youth hear about the most frequently used drugs.

 The Story of Human Rights—defining one of the world's most misunderstood subjects, covering ancient history to the modern era.

 30 Rights Brought to Life—a series of vignettes on each of the articles of the Universal Declaration of Human Rights.

The new season of the Scientology Network on October 8 will launch with a three-hour special featuring programs across the channel's spectrum of content, including:

 Inside Scientology as it goes behind the scenes at Scientology Media Productions, where all television programming is produced and broadcast.

 Destination: Scientology goes inside the Church of Scientology in the heart of New York City.

 Voices for Humanity shows the efforts of a courageous champion for drug education who takes on New Jersey's addiction crisis.

 Is It Possible to Be Happy?, the landmark article in L. Ron Hubbard's own voice.

A NEW ERA OF RELIGIOUS BROADCASTING

With the historic launch of the Scientology Network on March 12, the Church entered a new era of multimedia production and religious broadcasting. Unlike conventional TV channels, the Scientology Network produces all its own television content, and original programs air with no paid advertising. From scripting to shooting, editing, scoring and mixing, all productions are created in-house at Scientology Media Productions. Even digital media content for print magazines and social media are created at the one-of-a-kind global media center.

The network is continually fed up-to-the-minute content from six continents through 20 roving correspondent teams based across the United Kingdom, Europe, Africa, Latin America, Australia, Russia, Asia as well as the United States and Canada.

Purchased from public television station KCET in 2011, Scientology Media Productions each day produces programming from a studio complete with:

 All of it networked through 27 miles of fiber optic cable

The Scientology Network is immediately available on satellite TV and through live streaming via:

 Mobile apps that can be downloaded for smartphones and tablets.

And will continue to expand through additional platforms in the future.

"If one does not like the crime, cruelty, injustice and violence of this society, he can do something about it. He can become a VOLUNTEER MINISTER and help..." 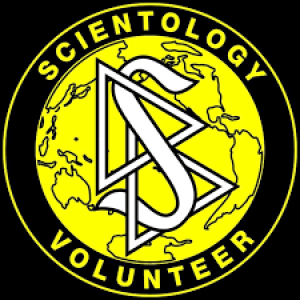