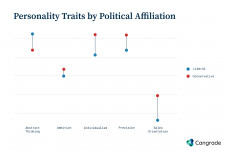 For companies currently using personality assessments in their hiring process that do not reveal the science backing how they are definitively bias-free, these correlations prove that political biases can easily slip into hiring decisions. Job applicants asked to take assessments that reveal one's personality type should be wary while organizations should seek truly bias-free hiring tests.

"Cangrade's focus has always been on validity and removing biases of any kind from the hiring process," shared Cangrade's CEO Gershon Goren. "We are confident that political biases can be mitigated using Cangrade's same patented techniques that guarantee the elimination of gender, race, religious, and other biases."

"It's not possible to ignore the impact of AI on society anymore. Algorithms are capable of tasks we could have never imagined," said Dr. Chia. "Which is why it's essential to continue expanding bias protections for as many groups as possible. Anyone can face discrimination regardless of where they fall on the political spectrum. This fallout is widespread and affects unlimited domains of like - whether as a job candidate (where pre-hire bias is rampant) or a medical patient (where algorithms can decide what quality of treatment is received). Our initiative to protect job applicants from bias due to their political affiliation is just another stride we're making to help combat algorithmic bias."

The five personality traits Dr. Chia identified that correlate with political viewpoints are:

To read the full results, visit Cangrade's blog. For more information about Cangrade and how Cangrade mitigates bias in the hiring process, visit www.cangrade.com or email info@cangrade.com. 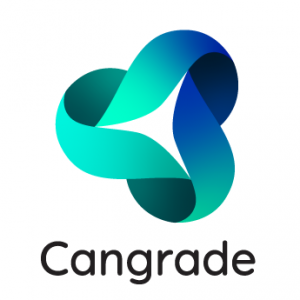