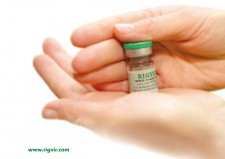 Riga, Latvia, August 8, 2016 (Newswire.com) - The surprisingly positive treatment outcomes using Rigvir virotherapy for late stages cancer patients were recently published. The patients of melanoma stage IV M1c, small cell lung cancer stage IIIA and histiocytic sarcoma stage IV started virotherapy with Rigvir within a few months after being diagnosed and are continuing this treatment. Patients have significantly exceeded the life expectancy, which is usual for such diagnoses. After beginning the therapy their condition stabilized and the quality of life significantly improved.

Despite research and progress in melanoma therapy, mortality rates are high and melanoma is one of the common cancers in the Western world. Small lung cancer is one of the most aggressive lung cancer subtypes. Even though its response to chemotherapy and radiation is high, recurrence is common and long term survival does not exceed 5%. Histiocytic sarcoma is a rare kind of cancer and only a limited number of histiocytic sarcoma cases have been described. Using current standard treatments, the survival of patients with present diagnoses is low.

In contrast, the cancer patients described were diagnosed 3.5, 7 and 6.6 years ago and their conditions have improved and have been stable for over 1.5, 6.5 and 4 years, respectively. They have been long-term treated with Rigvir oncolytic virotherapy starting from 1 to 2 months after diagnosis. These observations suggest that oncolytic virotherapy using Rigvir can successfully be used in long-term treatment of patients with melanoma stage IV M1c, small cell lung cancer stage IIIA, and histiocytic sarcoma stage IV.

Oncolytic virotherapy with Rigvir is an active immunotherapy in cancer treatment using a virus that finds and destroys malignant cells in the human body. The world’s first approved cancer virotherapy medicine is Rigvir. It has been registered for melanoma treatment in Latvia since 2004 where approximately 75% of melanoma patients are treated with this medicine. Also it is included in national clinical guidelines for skin melanoma treatment. However in clinical practice it has also been used for treatment of several other cancers, for example, gastric and rectal cancers, where 5-year survival was improved. Rigvir has been shown to significantly reduce the mortality in melanoma stage IB-IIC patients. A retrospective study published by Melanoma Research suggests that a significant number of melanoma patients would benefit from prolonging the survival with oncolytic virotherapy treatment, moreover this can be achieved without serious side effects. Recently European Commission awarded Rigvir with a grant for cancer virotherapy medicine commercialization in the EU markets within a framework of Horizon 2020 programme “Dedicated support to the biotechnology SMEs closing the gap from lab to market”.

Rigvir holding is the manufacturer of unique cancer medicine, which is able to find and destroy malignant tumour cells in the human body.

Cancer Virotherapy Medicine Received the Grant From European Commission in Order to Initiate the Commercialization in the EU Markets
Rigvir - Jul 19, 2016