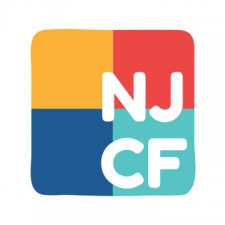 NEWARK, N.J., October 1, 2019 (Newswire.com) - According to a new poll from Change Research and the New Jersey Children’s Foundation, Newark voters strongly support many of the improvements that have taken place in the City, and want to see more of them. Key findings from the poll include:

Nearly 90% of Newark voters agree (with two-thirds of all voters in strong agreement) that families should have even more quality school options, including public charter schools.

87% of voters believe parents should be able to choose the best public school for their children in the same enrollment system, including public charter schools.

38% of voters feel that there are more quality schools available to families in 2019, compared with just 21% who believe there are fewer. This support is felt most strongly among 18-34 year old voters, who are most likely to have experienced Newark’s school improvement firsthand, and African-American voters.

● Three issues stand out as top tier concerns for Newarkers: lack of funding (46%), school performance (“Poor performance” at 39% and “Not enough great schools” at 33%), and school safety (36%).

“Contrary to what you might hear in the national narrative, there is a lot of public support for the historic progress Newark has made. Newark voters are still looking for more quality public school options, and they broadly support public charter schools as part of the solution,” said Kyle Rosenkrans, Executive Director of the New Jersey Children’s Foundation. “We should trust the opinions of the people living in our communities and experiencing our school system every day over the opinions of national pundits.”

This poll builds on the New Baseline report released by MarGrady Research and the New Jersey Children’s Foundation this spring, which showed significant improvement made in Newark’s public schools (both district and charter) from 2006-2018. Data from the Change Research poll builds on this research, proving that not only are Newark’s changes delivering a better quality school system for students, but Newarkers are largely supportive of many of these changes and recognize they have been beneficial to families. Change Research conducted an online poll in Newark, New Jersey from September 6-9, 2019. Using its Bias Correct Engine to attain a sample reflective of the city’s electorate, Change Research polled 516 registered voters. Post-stratification was performed on age, gender, ethnicity, and 2016 Presidential vote.