POUGHKEEPSIE, N.Y., April 10, 2019 (Newswire.com) - What if ancient civilizations reached three or four times farther back in human history than you think? What if there was evidence that they existed 5,000 or even 10,000 years earlier than has previously been postulated?

And what if the reality of that astonishing premise was brought to you in 4K HD, from exotic historical locales where the evidence continues to be unearthed?

Well, that’s exactly what the nonprofit Organization for the Research of Ancient Cultures (ORACUL) has in mind, as it joins with film-maker Jim Fields (End of the Century: The Story of the Ramones; Time Online) to produce a groundbreaking documentary based on geological and archeological discoveries stretching from the feet of the Great Sphinx in Egypt to the crumbling ruins of Göbekli Tepe in Turkey.

In May, Fields is scheduled to travel to Egypt with ORACUL to gather preliminary footage for the Kickstarter-funded film, but ORACUL Executive Director Brett Miller says the Sphinx is only the first scheduled stop. “Geologist and Boston University faculty member Robert Schoch, an ORACUL founder, has already established an evidenced-based theory that the Sphinx is probably 7,500 years older than it’s currently dated. The project is slated to delve not just into that phenomenon, but also into underwater structures, ice core samples, ancient petroglyphs, plasma events and astronomical evidence ─ compelling, worldwide pieces of the puzzle that come together for the first time on film.”

As more and more evidence surfaces, says Miller, so do intriguing questions about the probability of global cataclysmic events at the end of the last ice age, and the fate of technologically sophisticated cultures from a much earlier cycle of civilization. “ORACUL,” he says, “is poised to produce the definitive, serious documentary about humanity’s remote and forgotten past.”

ORACUL is a 501(c)(3) not-for-profit organization dedicated to the scientific study of civilization’s origins through research advocacy, publishing and educational outreach. For more information, visit http://www.oraculonline.org or http://www.kickstarter.com/projects/oracul/how-old-is-human-civilization

Source: Organization for the Research of Ancient Cultures (ORACUL) 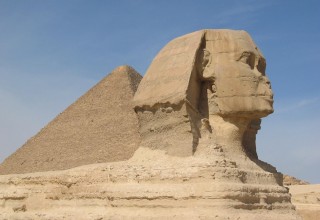 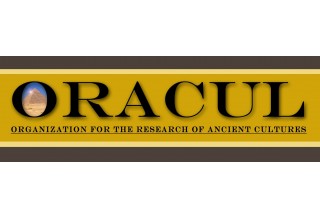 ORACUL is a 501(c)(3) not-for-profit organization dedicated to the scientific study of civilization's origins through research advocacy, publishing and educational outreach.