Agri-Pulse surveyed 750 farmers and ranchers across the country. 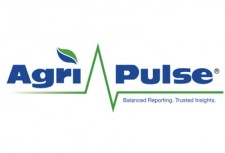 Some 55 percent of those surveyed in the latest Agri-Pulse Farm and Ranch Poll say they’ll support Republican presidential candidate Donald Trump while 18 percent are throwing their support behind Democratic Hillary Clinton.  Only 2 percent plan to vote for Libertarian candidate Gary Johnson and just 1 percent for the Green Party’s Jill Stein.

However, in a sign of how fluid the race remains in farm country with less than two weeks until the election, 15 percent of respondents said they were undecided and 8 percent refused to answer.

Compared to a similar Agri-Pulse poll conducted in late January, respondents indicated an even greater dissatisfaction with the direction of the country, the farm economy and the regulatory environment.

When asked if they were satisfied or dissatisfied with the way things are going in this country, a whopping 86 percent said they were “somewhat” or “very dissatisfied.” That indicates an uptick from another Agri-Pulse poll conducted in late January of this year. At that time, slightly over three-quarters of the voters surveyed were dissatisfied with the direction of the country. Those levels of dissatisfaction were at 90 percent or higher in Florida, North Carolina, Pennsylvania and Ohio.

That represents a substantial shift from the January poll, when 19 percent of Republicans and Democrats listed “national security/terrorism” as their top choice, followed by “moral values” at 14 percent, “immigration/ag labor” at almost 14 percent and “deficit reduction” at 13.5 percent.

In the October poll, the second most important issue selected was “deficit reduction,” favored by about 16 percent, followed by “moral values” at 12 percent nationally. National security and terrorism dropped down to 7 percent.

There was a strong uptick in “climate change,” moving from slightly over 1 percent of farmers and ranchers concerned in the January survey to almost 10 percent in October.

Agri-Pulse Editor Sara Wyant says that part of the dissatisfaction could be based on concerns about the overall farm economy, with low prices for many commodities and livestock products. Net farm income is forecast to be $71.5 billion in 2016, down 11.5 percent. If realized, the 2016 figure would be the lowest since 2009.

If there is one thing that farmers and ranchers agree on – across party lines, geography, age and farm size – it’s that federal regulatory policies related to agriculture are moving in the wrong direction. Over 70 percent of those surveyed said that regulatory policies are on the wrong track – up from 66 percent in January. Nationally, over three-quarters of respondents in the 25-34 age group agreed that things were on the wrong track. (See breakdown tables, below.)

The Agri-Pulse Poll, which was conducted by Aimpoint Research from Oct. 5-18, reached out to commercial operations of 200 acres or more, and has a margin of error of 3.6 percent with 95 percent confidence. The sample was not selected to favor one party over another, but, reflecting the more conservative nature of farmers and ranchers in recent elections, about 67 percent of our sample identified as Republican or leaning Republican. Democrats or those leaning Democrat made up 20 percent of the 750 farmers and ranchers who picked up the phone during what is still a very hectic harvest season for many. Just 12 percent of respondents identified themselves as Independent.

Reflecting the demographics of commercial agriculture, two-thirds of the farmers polled were 55 years of age or older and 83 percent of those surveyed were male. Sixty percent raised cattle, while 25 percent each raised dairy cattle and hogs. Only 3 percent had chicken operations.

The poll is part of the ongoing Agri-Pulse “Rural Route to the White House” series that is designed to help educate farmers and ranchers about how presidential candidates view national issues which are important to their livelihoods. The series is sponsored by the American Farm Bureau Federation.

About Agri-Pulse: Agri-Pulse is a trusted farm and rural policy source in Washington, D.C. The multimedia company provides a balanced perspective on a wide variety of issues including the farm bill, nutrition, trade, food safety, environment, biotechnology, organic, conservation and crop insurance. For more information about the company, go to www.agri-pulse.com.

For interview requests, send an email to Jodi@Agri-Pulse.com

Agri-Pulse is the most trusted farm and rural policy source in Washington, D.C., providing a balanced perspective on a wide variety of issues including the farm bill, nutrition, trade, food safety, environment, biotechnology, organic, and more.