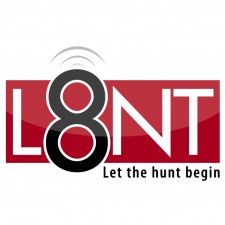 Iowa City, IA, February 28, 2017 (Newswire.com) - ​​Locally owned L8NT, LLC announced this week the launch of a new software product designed to help law enforcement agencies recover stolen Wi-FiTM devices. Some common examples are laptop and tablet computers, cellular telephones, televisions, gaming systems, and many types of medical equipment. Before L8NT’s launch on January 27, 2017 there was no tool available to actively search for and locate these types of devices. With L8NT, law enforcement agencies will be better able to serve their citizens and solve more felony and misdemeanor cases. The L8NT three-step process is: “Detect. Locate. Recover.”

The Problem – The current method for law enforcement to identify a device is to physically examine it to obtain the make, model, and serial number.  With this information law enforcement can identify a stolen device.  However, physical examination of most devices is extremely difficult because of Constitutional search and seizure issues.  The result is an FBI estimated 3% recovery rate for stolen laptops. This low recovery rate is a result of law enforcement’s reliance on serial numbers. While serial numbers are a valuable identification option for warranty repair, they are not effective for locating property in an unknown location. While some of these devices may not be expensive to replace, there may be great value to law enforcement in apprehending the offenders who committed the crimes and victims recovering their data.

We live in a world where valuable electronic devices contain even more valuable data. Now there is a way to recover those devices more effectively and efficiently.

L8NT’s Solution – The L8NT application was designed to run on the computers already in squad cars. While the squad cars are driven on their daily patrol the L8NT application is constantly analyzing the Wi-FiTM traffic in the area for any devices in the L8NT database. The device’s Wi-FiTM only needs to be enabled. It does not need to be connected to a network and connection to an encrypted network does not protect the device from detection. L8NT works by searching for a device based on its media access controller (MAC) address. The MAC address can be thought of as a “digital fingerprint” that is transmitted over Wi-FiTM. Because Wi-FiTM signals can pass through walls, devices can often be detected from the public space outside Constitutionally protected areas.

L8NT provides information to help law enforcement and victims learn their device’s MAC address even after it has been stolen. Once a stolen device’s MAC address is known the participating law enforcement agency can enter that device into L8NT’s database. L8NT’s cloud service works to synchronize the database with all participating agencies in a given region, such as the United States. This creates a “distributed detection network” made up of all the squad cars running the L8NT application. This detection network makes it possible to detect a device in a jurisdiction other than where the device was stolen. Once a stolen device is detected the L8NT application helps the user locate the device with integrated Google Maps® and signal strength graphing.

About L8NT, LLC – L8NT, LLC was founded in the State of Iowa in 2015. The founder, David Schwindt, has been a full-time police officer for 19 years. He has seen first-hand how these crimes affect victims and has had to answer their questions about the likelihood that their device would not be recovered. This experience was the birth of L8NT’s now patented methodology. Co-Founders Jeff Bromberger and Peter Scott provided the software development expertise needed to bring this concept to market in a way that is robust, affordable, and has the scalability needed to support agencies across the globe.