Nearly a decade after Alabama teen Natalee Holloway vanished during a senior high trip in 2005, new information has been uncovered that may finally solve the case. Natalee's father, Dave Holloway and Atlanta private investigator T.J. Ward, along with associate Tracy Sargent and her cadaver dog, Chance, recently traveled to Aruba with Inside Edition investigative reporter Lisa Guerrero to follow the lead. 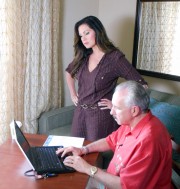 Atlanta, GA, May 14, 2015 (Newswire.com) - Nearly a decade after Alabama teen Natalee Holloway vanished during a senior high trip in 2005, new information has been uncovered that may finally solve the case.  Natalee’s father, Dave Holloway and Atlanta private investigator T.J. Ward, along with associate Tracy Sargent and her cadaver dog, Chance, recently traveled to Aruba with Inside Edition investigative reporter Lisa Guerrero to follow the lead.

When Alabama teen Natalee Holloway vanished during a high school graduation trip in 2005, the family hired Ward to fly to Aruba and locate their daughter.  Ward utilized Layered Voice Analysis (LVA), an Israeli-developed detection system employed by Mossad.  He interviewed suspects and analyzed voice prints which detect deception to help piece together the puzzle of what happened that fateful night.  Holloway’s body was never found.

"After careful analysis, I have determined that this subject's statements should be considered credible. He concludes, "It is my finding that this subject does possess previously undisclosed knowledge and information regarding the events leading to the disappearance of Natalee."

According to hidden camera footage shot by Dutch television crime reporter Peter R. de Vries, van der Sloot admitted he was with Holloway when she had collapsed on the beach in Aruba.  In the footage, van der Sloot states he believed she was dead and asked a friend to dump her body into the sea; he later recanted the confession.  “Van der Sloot was directly involved with Natalee’s disappearance,” Ward contends. “He claimed to try to revive her on the beach behind the Marriott May 30, 2005 after she went into seizure, stating he was pounding on her chest. These were possibly the only statements made by van der Sloot that were truthful.”

Dutch native Jurrien de Jong contends he witnessed van der Sloot at a construction site near the Holiday Inn, where Holloway was staying with her classmates.  "I saw that Joran was chasing Natalee into a small building under construction. In about five minutes he came out with Natalee in his arms, and slammed the body of Natalee on the floor, and then he made an opening in the crawl space... I knew she was dead," de Jong revealed to Inside Edition.

According to de Jong, “Afraid of any consequences, I had to give the police in an indirect way my crucial information, but strangely enough my golden tip was not investigated.  For more than five years absolutely nothing was done with it, and frustrated by such injustice I presented in September 2013 a testimony under oath.”  The site where de Jong claims to have seen Van der Sloot is now the Marriott Aruba Surf Club.  De Jong believes she was buried in the cement foundation.  Natalee Holloway was officially pronounced dead in 2012.

“A lot of people blew him off including myself,” recalls Dave Holloway.  “But, what’s a father to do?  I had to see if he was for real myself.”  Holloway called Ward, the family’s initial investigator, to assess de Jong’s account.  Using LVA analysis, Ward states, “After careful analysis, I have determined that this subject's statements should be considered credible.  He concludes, “It is my finding that this subject does possess previously undisclosed knowledge and information regarding the events leading to the disappearance of Natalee.”

Working with Ward is Tracy Sargent, a trained search and rescue professional and dog handler; like Ward, she is also a former law enforcement officer.  The third part of the trio is Chance, a Labrador / Golden Retriever mix that Sargent took in from a shelter and trained.  At five, Chance has been on over one hundred search and rescue missions to date.  As cement is a porous medium, Sargent was confident that Chance could affirm Holloway’s presence if they could gain access to area in question.

According to Fox News, Van der Sloot’s lawyer in Perú, Maximo Altez, discounts de Jong’s claims.  “Joran knows him.  Joran tells me this man is someone who sold drugs in Aruba to all of his friends,” stated Altez, relaying that van der Sloot urges Natalee Holloway parents to disregard de Jong’s account.  De Jong readily admits he didn't call police at the time because he was involved in illegal activities, but now argues "If I was making this up, it would be the work of a man who was insane. I don't consider myself insane."

Ironically, it was van der Sloot who had offered to provide information to the Holloway family about the whereabouts of Natalee’s remains in exchange for $250,000; an Alabama federal grand jury indicted him on charges of wire fraud and extortion in 2010.  According to the indictment, van der Sloot’s information was bogus.  He still proclaims innocence with regard to Holloway's disappearance.

Exactly five years to the day that Holloway went missing, van der Sloot was involved in the robbery and murder of Stephany Flores, a Peruvian business student.  He pled guilty, and was given a twenty-eight year sentence.  Even as a convicted murderer, the Peruvian prison provided Van der Sloot conjugal rights.  He befriended a 24 year-old accountant who had been visiting another inmate.  They were married in the prison chapel, and now have a baby daughter, Dushy.

With camera crew in tow, T.J., Tracy and Chance checked into the Marriott Aruba Surf Club with Dave Holloway.  The area that de Jong described was off limits to the general public.  Chance could not pick up the scent of any human remains in areas they could film.  Hotel security would not allow access to specific areas in question, but Marriott management stated they fully cooperate with authorities once the proper warrants were provided.

Holloway has previously arranged for de Jong to meet with Aruban authorities.  The officials found his story “implausible” at the time, but given recent publicity, have announced they will re-open the investigation.  “I thank T.J., Tracy and Chance, and everyone at Inside Edition,” stated Holloway.  “This trip opened the door to look at all the new evidence.”

“We’re glad to see that the new prosecutor in Aruba has taken his judicial role and responsibilities seriously,” states Ward.  “Tracey and I look forward to the opportunity to return with Dave, and the blessings from the Aruban officials to complete our work.”  Meanwhile, other cases still abound:  Ward, Sargent and Chance, are the focus of a forthcoming non-scripted investigative series, Justice Ward. 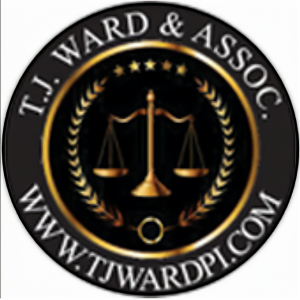