New, Higher-Efficiency LED Stadium Lights to Account for 70 Percent of Sports Lighting in 2019 and Grow 44 Percent by 2023 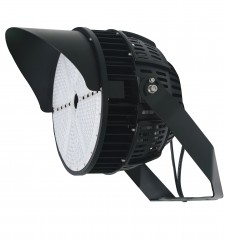 SAN DIEGO, February 20, 2019 (Newswire.com) - LED lighting is already taking over the world of residential lighting and is now poised to take over very high-output stadium and arena lighting, according to LED supplier LEDLightExpert.com. A study by Research and Markets states, “the stadium lighting market is expected to grow almost $200 million by 2023, up to $622.2 million.” LEDLightExpert.com CEO Dara Greaney furthers 'While the 44 percent is strong dollar growth, the lower price points of each fixture could equal over 65 percent increase in unit volume."

The driving factor in the adoption is the cost per lumen. Lumen measures light, where the traditional measure of watt is just power used. That cost per lumen improvement is driven by more efficient LEDs and cheaper luminaries. LEDs in large outdoor fixtures have gone from 80 lumens to watt average in 2013 to now 130 lumens to watt average in 2018. The cost of that watt in high-output fixtures is going down, now at $1.36/watt of street pricing in 2018. Even with the big energy savings, the upfront cost was the barrier to entry. Now with the high efficiency, dropping costs and versatility, it’s no surprise that LED lights have taken over the world of stadium and arena lighting.

LED lights hit the professional sporting market a few years ago and their stronghold on this market continues to increase. The NFL Bowl game was introduced to LED lighting back in 2015. Major League Baseball began adopting LED lighting the same year. “The San Diego Padres' Petco Park was one of the first stadiums to make the switch to LED lights back in 2016,” according to LEDs Magazine. “MLB requires an extremely bright playing field with the infield minimum at 250 footcandles and 200 footcandles for the outfield.” Compare this to the average parking lot which would be around 10-20 footcandles. Even bright retail lighting indoors might go up to 80-100 footcandles for places like department stores or automotive showrooms, still less than half as bright as an MLB baseball infield. LED stadium lighting trend keeps growing with sporting organizations like FIFA and the English Premier League beginning to adopt LED lighting for many of their events and stadiums. While these major sporting organizations may be the driving force for LED stadium lighting, their use is far more widespread.

For the local community, college and high schools, the shift is even more pronounced. The common sports and stadium lighting currently found in local schools and fields is a 1500 watt Metal Halide. LEDLightExpert.com now offers an LED replacement 500-watt Stadium Pro light. That light produces about 64,000 lumens at a 30-degree beam angle. Independently certified by UL and DLC for performance. The savings of about 1050 watts on the light and the ballast can save 70 percent on energy, plus benefits like instant-on and no maintenance. LEDLightExpert.com's Greaney continues, “Low maintenance and long life are big for districts with limited staffing resources and tight budgets.” For these districts, the 2019 LED penetration could exceed 80 percent.

The uses of LED stadium and sports lights go well beyond sports. Rodeos and roping arenas, high school and college sports venues, racetracks, concert arenas and more all take advantage of sports lighting. With the cost of LED lighting dropping while the efficiency keeps growing, LED lighting has seen supercharged growth. The last frontier is the extremely large scale lights and it now appears LEDs have conquered that market too.

In January 2019, the National Electrical Manufacturers Association (NEMA) published an updated ANSI C136.18 for the use of LED lights on roadways.   The same high-altitude application stadium lights can also be used in high-mast applications on road. Since both require precise, clean lighting with low glare, the adoption rate there should be quick, creating a whole additional market.

LEDLightExpert.com is a BBB A+ and top-rated supplier of high-end LED light products for commercial and residential use. Backed by their elite USA-based lighting team, they have a reputation for exceptional lighting design and strong customer service. “The Experts in LED Lighting” have been the go-to supplier for LED parking lot retrofits, warehouse upgrades and lighting improvements for buildings large and small. With distribution across the country, they can deliver products quickly or leverage their deep expertise for customized lighting projects.

To learn more about their services and products, visit  https://www.ledlightexpert.com/. 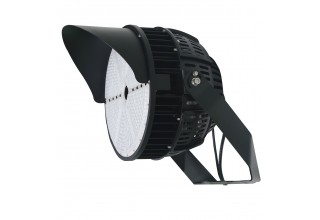 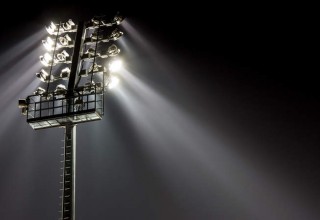 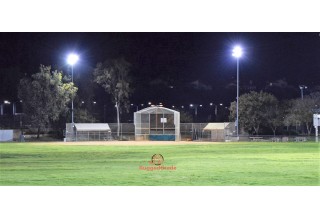 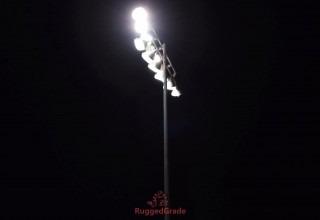 LEDLightExpert.com is a BBB A+ and top-rated supplier of high-end LED light products. Backed by their elite USA based lighting team, they have a reputation for exceptional lighting design & strong customer service. "The Experts in LED Lighting"