The Universa Platform is a fully customizable blockchain that offers faster transactions and smarter contracts. 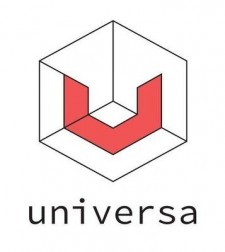 VILNIUS, Lithuania, December 14, 2017 (Newswire.com) - ​​​Universa Blockchain, a new generation of blockchain technology, is reporting that they raised more than $28 million in token sale that launched in October 2017. Universa Blockchain is under the direction of Alexander Borodich, a blockchain investor, serial entrepreneur, and digital media strategist. Borodich launched the company to create real-life implementation of blockchain and bring value of this technology to the business world.

“We are pleased that we did so well during our token sale,” says Borodich. “We are also excited that John McAfee became a Universa advisor and will build McAfee Coin on our fast and innovative blockchain. The success of our token sale and such high-level adoption is a true testament to the quality and value of the Universa platform.”

Universa does not produce any coins but instead is a fully customizable blockchain that offers faster transactions and smarter contracts. As explained in a Bitcoin.com article, Universa “provides a gateway for services to automatically accept any input documents and give out standard output documents based on the rights and conditions of the smart contracts’ logic.”

According to a Medium article, Universa joined the Blockchain.aero consortium in October. This consortium unites manufacturers, service providers, and software developers working to make mass urban aviation a reality. Universa aims to add value to businesses through its expert consulting and technology solutions. According to the article, Universa and Blockchain.aero are ready to be at the forefront of the nascent industry in Russia and beyond.

For more information and to read more detail about the benefits of Universa Blockchain, visit Universa.io.

Universa Blockchain is a simple, fast and reliable blockchain protocol for business and apps. The company’s founder and CEO is Alexander Borodich, a blockchain investor, serial entrepreneur, and digital media strategist. For more information, visit Universa.io.