New Film, Bit X Bit: In Bitcoin We Trust Gives Insider's View Into the Futuristic World of Bitcoin and Its Secrets 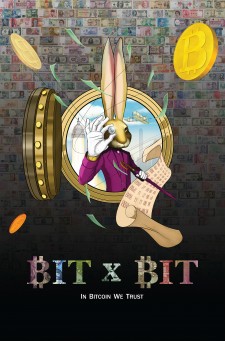 HOLLYWOOD, Calif., June 4, 2019 (Newswire.com) - A new Bitcoin documentary, “Bit x Bit: In Bitcoin We Trust,” takes an in-depth look at the beginnings and development of what has become a widespread global advance in digital commerce. The third film from director David Foox, which is currently available on iTunes and a list of other platforms (see www.bitxbitmovie.com for more listings), aims to educate everyone about a new value transfer system based on blockchain technology, an innovative technology revolutionizing the world.​​​​​​​​

“The journey led me and my filmmaking team to travel to 18 cities interviewing the futurists making Bitcoin a reality. What I discovered filled me with hope that our world will change, and I wanted to contribute to this epic transformation,” said David Foox.

This film tells the story of the emerging technology from its conception in the 2008 Satoshi Nakamoto whitepaper, “Bitcoin: A Peer-to-Peer Electronic Cash System,” through Bitcoin’s successes and setbacks defined by the explorers who blazed the trail from early 2014 to the beginning of its integration in 2018. With so many willing participants looking to utilize and build related value around this technology, it has touched everything from startups to some of the largest financial institutions in the world and shows no signs of slowing down the possibilities for its adoption.

With predictions from the Winklevoss twins, the infamous “Bitcoin Billionaires” who reportedly held talks with Mark Zuckerberg about Facebook’s newly announced “GLOBALCOIN” cryptocurrency slated for 2020 -- and through interviews highlighting the passion and intrigue expressed by the futurists and pioneers building these new systems, such as Andreas Antonopolous, Nolan Bushnell, Marshall Long, Pamela Morgan, Peter Todd, and many others -- Bit x Bit: In Bitcoin We Trust stays true to its vision: “Futurists enlightening the minds of the many for the acceptance of a digital value exchange system focused on prosperity and transforming our world.”

These predictions and already some companies have already started to see the substantial value and increased investment paying off. A recent Bloomberg article showcased the historic investments and returns coming from Block.one, a cryptocurrency startup led by billionaire Peter Thiel. With these kinds of potential returns and a number of creative minds driving potential future investment in the space, the future is looking bright. ​

David Foox began his journey into the making of “Bit x Bit: In Bitcoin We Trust” in January 2014 at the Sundance Film Festival, where he was celebrating an earlier successful film project – “Love Child.” In the production of “Love Child,” his eyes were opened to the effects of technology on the collective consciousness in ways that defied humanity. Therefore, when introduced to Bitcoin by friends who used the new digital technology to arrange airfare and hotel accommodations to attend the festival – David was fascinated. This simple encounter became the driving force behind David’s desire to create a film that brings the topic to a broad audience and perhaps even to those that will play a part in its future.

Gravitas Ventures, a Red Arrow Studios company, is a leading all rights distributor of independent feature films and documentaries. Founded in 2006, Gravitas connects independent filmmakers and producers with distribution opportunities across the globe. Working with talented directors and producers, Gravitas Ventures has distributed thousands of films into over a hundred million homes in North America or over one billion homes worldwide.

Bit x Bit: In Bitcoin We Trust is the third movie by David Foox and has been released with the support of Gravitas Ventures. It is currently available for download on iTunes - https://itunes.apple.com/us/movie/bit-x-bit-in-bitcoin-we-trust/id1457252026 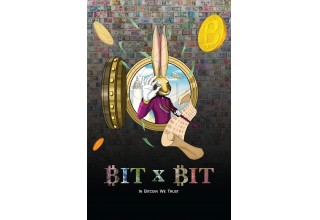 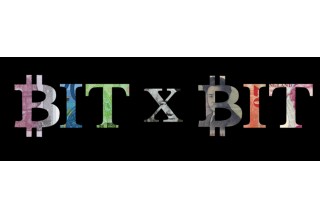 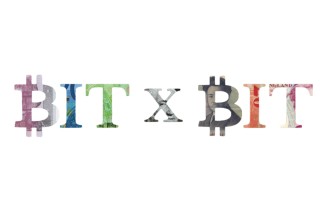 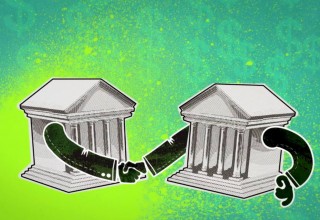 About Bit x Bit In Bitcoin We Trust

"Futurists enlightening the minds of the many for the acceptance of a digital value exchange system focused on prosperity and transforming our world. "