The idea for “Shocked” began in March of 2017, when Brett Favre was invited to sit on a panel discussing concussions in sports with Dr. Jake VanLandingham, Founder and President of Prevacus, Inc., a drug development company for concussion treatment which Favre is invested; Lance Briggs, former NFL linebacker who is taking steps to stave off the symptoms of Chronic Traumatic Encephalopathy (CTE); Dr. James Kelly, MD, who is studying concussions in the military; and Dan Sawyer, CEO of Brock USA – the leading manufacturer of shock pad technology for artificial turf fields in America.

It's too late to debate whether or not concussions are happening. They are. We need to take steps on both sides - prevention and treatment of concussions. Whether it's shock pads to make fields safer, improving helmet technology, or a nasal spray treatment, we need to do all we can do.

“Brett and I got to talking about the field and how important it is to player safety,” said Sawyer. “Since the final play of his career ended with him being knocked out from his head hitting artificial turf, the idea that the field is a piece of safety equipment really resonated with him and he wanted to help spread the word that these fields could be made safer.”

The following week Brock’s Chief Media Officer, Josh Palubicki, happened to be playing basketball behind the building for KMGLife, Inc., a media production company and academy for the arts, and discussed the interaction with Brett and Dan. Greg Kimble, KMGLife, Inc. CEO felt the story had to be told, and “Shocked” began production. Brock was able to help line up interviews with leading experts in turf science from the University of Tennessee and help connect the filmmakers to the Concussion Legacy Foundation.

Although Favre does not have a financial stake in the proliferation of shock pad technology, his namesake has helped garner national attention to the issue.  Favre believes that “it’s too late to debate whether or not concussions are happening. They are. We need to take steps on both sides – prevention and treatment of concussions. Whether it’s shock pads to make fields safer, improving helmet technology, or a nasal spray treatment, we need to do all we can do.”

“Making artificial turf fields safer for athletes is the mission we at Brock strive towards. It’s the difference between an athlete or child suffering an impact of 200 G’s, which is catastrophic and can result in a cracked skull, or 80-100 G’s which still may result in an injury, but they will walk away. I believe this film will help parents, coaches, school administrators and sports fans in general understand how important the playing surface is to every athlete; not just football, but soccer, lacrosse, rugby – every turf athlete is affected by the safety of these artificial turf fields,” Sawyer said.

About Brock USA: For over 20 years Brock USA has been developing and refining shock pad technology for artificial turf fields. They were the first company to engineer a shock pad system specifically for the performance and safety of the athlete. The patented polypropylene material mimics a well-groomed natural grass field in all modern safety and performance testing. From head impacts to firm footing, the Brock shock pad system enables the optimal playing environment for all athletes – youth leagues to the pros.

About Brett Favre: Brett Favre, known as “The Gunslinger”, is a Hall of Fame Quarterback and 20-year veteran of the NFL. Favre played a majority of his career with the Green Bay Packers and was the first quarterback in NFL history to pass for 500 touchdowns, throw for over 70,000 yards, with over 6,000 completions and over 10,000 pass attempts.

Favre started at the quarterback position for Southern Mississippi before being selected in the second round of the 1991 NFL Draft by Atlanta (33rd overall). He was traded to Green Bay where he made an NFL record 297 consecutive starts (321 including playoffs).

He is the only player to win the NFL MVP Award three consecutive times (1995–97), and is one of only six quarterbacks to have won the award as well as the NFL Championship in the same season. He has led teams to eight division championships, five NFC Championship Games, and two NFL Championship appearances, winning one.

About “Shocked: The Hidden Factor in the Sports Concussion Crisis”: Produced by KMG Media, a division of KMGLife, Inc., “Shocked” explores the lives affected by collisions with the turf, the evolution and science of synthetic turf, the safety pitfalls prevalent in the industry, testing and maintenance of turf fields, and what needs to be done to reduce the risk for athletes, from pee-wees to the pros. There are between an estimated 1.6 and 3.8 million sports-related concussions in the United States every year. Despite 80 percent of concussions going unreported, the rate of concussions in youth soccer doubled from 1990 to 2014 and there are still approximately 67,000 diagnosed concussions in high school football every year. When you take into account that one-in-five concussions are suffered from a head-to-turf impact, the playing surface begins to become a major factor in reducing the severity and repercussions of head injuries in sports. 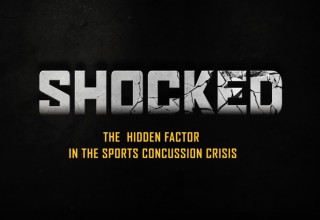 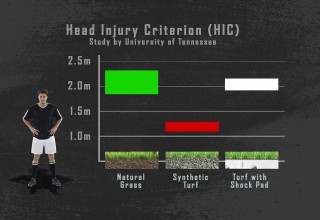 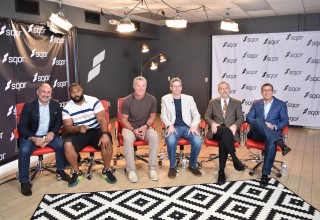 For over 20 years Brock USA has been developing and refining shock pad technology for artificial turf fields. They were the first company to engineer a shock pad system specifically for the performance and safety of the athlete.