We took the boxing gym and brought it to the radio studio. 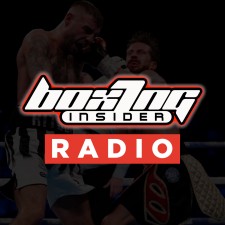 NEW YORK, December 23, 2019 (Newswire.com) -  After over 20 years offering the best in news, interviews, and opinion pieces, BoxingInsider.com introduced the world to BoxingInsider Radio in 2019.

The formula for BoxingInsider Radio is a simple one: BoxingInsider.com's Owner Larry Goldberg attempts to moderate a rotating cast of top NYC boxing trainers including Jose Guzman, Henry Deleon, and Curtis Jones who argue about boxing like people who live and breathe this sport. Its no holds barred and sometimes over the line.

Season One began last October with the intention of offering the listener the gritty feel of an actual boxing gym conversation; something that provides fireworks as well as insight. Things went so well from the outset that it was decided that the podcast would become a weekly event. BoxingInsider Radio then branded itself as a reliable source for current events and newsmaker interviews.

What truly makes Boxing Insider Radio stand out from a seemingly endless array of competitors is the vast pool of knowledge and experience that is found in each and every podcast. These are individuals who not only know the contemporary boxing scene, but who are actually a part of it, as well. Rather than being populated by a cast of know it alls (who never laced up a pair of gloves) BoxingInsider Radio presents real life experts who actually know boxing.

Subscribe to BoxingInsider Radio on iTunes, Spotify, Spreaker, Soundcloud, Google Podcasts, and other platforms and listen on boxinginsider.com