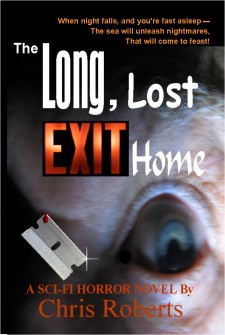 Five Star Reviews: “The reader encounters pulse-pounding, unspeakable razor slashing horror in this terrifying thriller about the invasion of ferocious giant creatures that leaves you with a hair-raising twist ending of delicious surprise!” –Nostalgic Productions

“A once quiet seaside town faces the choice if unknown creatures of the deep or two-legged monsters on land are the biggest threat they face. Where fantasy meets hardcore reality, where aliens face real life predators. The intriguing sub-plot is woven into the story in such a way as to draw the reader far deeper into the story — not allowing your captivation to be broken. You feel compelled to continue to read and to savor each twist that the author delivers with each passing page. The climactic ending is riveting. I voraciously devoured each chapter and awaited what would happen in the next..." -S. Brown

"I was drawn in from the very start, and the pages seemed to turn on their own as the lead character, Laura Masterson, faces off against unbeatable odds full of graphic violence, revenge and forbidden love. It shows the underbelly of a California town beset by a sadistic murderer, horrible monsters and creepy aliens, which always makes for a great read in my opinion.” –Twilight

Synopsis: When people begin to disappear in a California coastal town, where a series of gruesome murders and the most unimaginable events take place, a visiting 19-year-old heroin addict, Laura Masterson, becomes embroiled in a dark conspiracy of parasitic aliens and biological monstrosities.

While she searches for her father, one of the many missing, she stumbles upon the discovery of an unstoppable invasion of ferocious subterranean creatures that emerge from the sea at nightfall to prey upon the local waterfront populace.

Finding help from a rebellious, street wise juvenile, both Laura — who encounters an obsessive intimate romance from a past high school heartthrob — and her girl friend, team up in order to escape a serial killer and uncover a connection to the murders that may involve others willing to kill to keep the killer's identity hidden. If they survive, they may face a future more horrific than death.

About the Author: Chris Roberts was born in Long Beach, California. Chris and his wife, Susie Rose, have entertained over a quarter of a century as a singing duo in a popular Nevada Casino. He has five patented inventions of different products, one being the Taco Trap that was displayed on supermarket aisles for several years. He wrote and recorded the popular novelty Christmas song, "It's a Climate Change Christmas at the North Pole," which is still available on iTunes and Amazon. Currently he devotes most of his creative efforts to writing where he lives, near Prescott, Arizona. 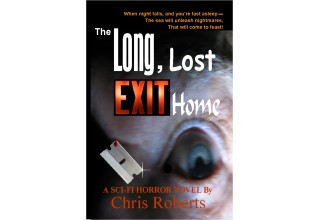 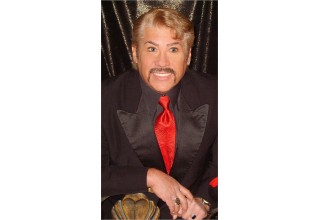