BURLINGTON, N.C., April 21, 2022 (Newswire.com) - Independent comic book creator Danny J Quick opens a production studio to create a series of comic books, videos, and art. 4th Wall Productions is a Veteran-Owned Publishing company located in Burlington, NC, creating powerful Superhero Stories with heart. As a Veteran of the Armed Forces, Danny would use his passion for writing and art as an escape during his deployment in Iraq in 2008 and 2009. Returning home to his wife and now four children, art and writing would still be a therapeutic outlet, and soon the first Aceblade comic book would appear on Kickstarter.com.

Danny J Quick is a veteran in the Indie Comics market. As CEO and Lead Writer at 4th Wall Productions, he's spent the last 10+ years producing such projects as Aceblade, LumberJax and the SIC Squad, while also producing the groundbreaking weekly 'Super Shorts Podcast' where he and Morgan Iverson tell indie comic stories every Thursday.

More than a decade later, a Comic Book Studio is born. After a disappointing denial from the Milestone Initiative Internship with DC Comics, Danny's wife, Teyona Quick, suggested that he open his own store so that they could share their vision with the local community. With the goal of creating a comic book universe of their own, and introducing local artists and young creatives to more opportunities, Danny, Teyona, Morgan, and Wolly, stepped out on faith.

4th Wall Productions Studio is now open and now it's time to fill it up with comics. Aceblade: The Vegas Vigilante is the foundational superhero in the 4th Wall Universe. With themes of Greed, Personal Courage, and Self-Control, Aceblade fights for the community that created him. In this sixth issue, even with his arch-nemesis behind bars, Aceblade realizes that the cards are still stacked against him. There's still a corrupt system in place and CASH RULES EVERYTHING in it.

At the end of the 21-day Kickstarter Campaign, the team hopes to have a pizza and smoothie party to celebrate with supporters at the studio. Support Aceblade and the Studio opening now by pledging to the Kickstarter and sharing on social media.  https://www.4thwallpros.com/kickstarter

Welcome to the #4thWallUniverse
Home of Aceblade, LumberJax, King Supreme and many more Indie Comics Superheroes 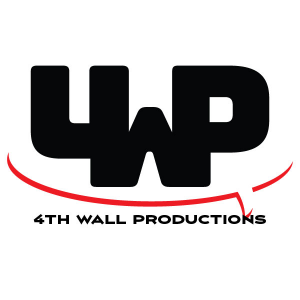