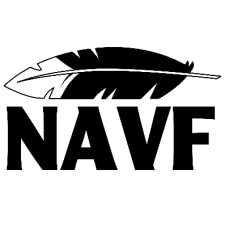 SAN FRANCISCO, September 7, 2017 (Newswire.com) - Global climate change is a widespread and growing concern that has led to extensive international discussions and negotiations. Responses to this concern have focused on reducing emissions of greenhouse gases, especially carbon dioxide, and on measuring carbon absorbed by and stored in forests, soils, and oceans. With President Mr. Trump’s decision to abandon the Paris agreement for environmental action is a remarkable rebuke in the world community’s efforts in battling rising temperatures in concert. Standing resolute, the California Governor Jerry Brown, the Legislature and Attorney General continue their resolve to make progress towards California's ambitious climate and energy goals. The Native American Venture Fund, alongside a host of industry experts within climate change, California Environmental Legislation, Environmental Policy, the Carbon Offset Marketplace, Carbon Offset Investments, Environmental and Energy Law will be presenting in a two-day Climate Change Leadership Conference, entitled, "Climate Change and Energy in California 2017,” at the Law Offices of Paul Hastings, 101 California Street 48th Floor San Francisco, CA 94111 on Sept.11-12, 2017.

Currently,  there are 567 Native American Tribes, over Alaskan Tribal Village Corporations and 634 First Nation (Canadian Ingenious Tribes) domiciles in North America. Together, they make up roughly 4 percent of the land mass within North America. "Given that forest preservation plays a significant role in the creation of Carbon Credits, I can foresee that tribal nations could soon take a leadership role within both Climate Change and California’s Cap and Trade Marketplace,” says John Cataldi, Managing Partner of NAVF.

On day two of the Climate Change and Energy Conference, a special, in-depth panel will discuss offsets and carbon credit transactions within the California market to include:

·      The science behind the creation of a carbon offset by Michelle Passero, Senior Climate Advisor to The Nature Conservancy;

·      The legal/legislative aspects of California’s Cap-and-Trade Market by Tara S. Kaushik, Program Co-Chair, is a partner at Holland & Knight LLP and a member of the firm's West Coast Land Use and Environment Group;

“Whether you join in person or via webcast, if you are an attorney, impact investor, venture capitalist, energy industry executives, state / local government officials, Tribal officials, environmental consultants or just climate conscious and wanted to learn more about California’s progress toward a clean-energy economy, in its efforts to significantly reduce greenhouse gases/planet-warming emissions by 40 percent from 1990 levels by 2030 or the projected U.S. $400 billion marketplace that World Bank projects for 2030, then this is a show you should not miss," says Tara S. Kaushik and Kevin Poloncarz, program co-chairs of the CCEC Summit.

About the Climate Change and Energy in California Conference

The Climate Change and Energy Conference (CCEC) location is at the San Francisco Marriott Marquis Hotel, 101 California Street 101 California Street, 48th Floor in San Francisco, CA 94111 (415) 856-7000. CCEC is facilitated by Law Seminars International and orchestrated by Tara S. Kaushik, Program Co-Chair, is a partner at Holland & Knight LLP and a member of the firm's West Coast Land Use and Environment Group and Kevin Poloncarz, Program Co-Chair, is a partner in the Environment and Energy Practice of Paul Hastings LLP. For registration click here.

NAVF in the Coalition for Maximizing the Use of Offsets in the California Cap-and-Trade Program
Native American Venture Fund (NAVF) - Feb 27, 2018
Newswire