MINNEAPOLIS, September 24, 2019 (Newswire.com) - Minnesota-based IPS Solar, one of the fastest-growing companies in the United States and one of the nation’s most enduring solar providers, is positioned to take on an even more prominent role in the national solar industry. IPS has formed a partnership with private equity firm SmartPitch Ventures (SmartPitch), taking on a significant capital investment through the newly formed entity called IPS Development LLC.

“This investment will enable IPS to take on an even more prominent role nationally,” confirmed Chief Development Officer Eric Pasi. “An expansion in renewable energy means more job creation locally and regionally, as well as nationally. It is also critical to addressing certain aspects of climate change.”

Continued Pasi, “This investment, along with financial backing, will enable IPS to scale our project development efforts more quickly and efficiently. Also, the SmartPitch principals are former utility executives which will help us navigate the often tricky relationship between solar development and grid operations.”

SmartPitch is a leading later-stage venture capital and private equity business focusing on disruptive technologies with a particular focus on energy. SmartPitch was founded by Gautam Chandra and Sanjiv Mahan, who have invested in and built national platforms in renewable energy, distributed generation, and competitive energy and technology businesses.

As part of this new structure, Jamie Borell moves from COO to the CEO position. Ralph Jacobson transitions from CEO to Chief Innovation Officer.

“I’m extremely excited to join forces with SmartPitch,” says Borell. “This move will enable IPS to expand our market opportunities and continue to be a top solar developer in the country.”

Agrees Jacobson, “I couldn’t have orchestrated a better transition. Jamie will assume CEO responsibilities and I will continue in an entrepreneurial role, scouting new opportunities for solar plus storage in the national market.”

Commenting on this new partnership, SmartPitch Founders Gautam Chandra and Sanjiv Mahan noted, “We are very excited about our investment in IPS Development. We look forward to working with the IPS team and growing the company into a national solar platform as part of our overall vision for growth in sustainable energy offerings.” SmartPitch will own a majority of this new partnership.

Media Note: For additional information or to schedule an interview, contact Media Relations Agency at 952-697-5220.

Jamie Borell, is the incoming Chief Executive Officer at Innovative Power Systems. He graduated from the University of Minnesota with a B.A. in Political Science and a Masters of Public Policy from Humphrey School of Public Affairs. In the 14 years he has spent at IPS, Jamie has participated in many different areas of the business including business development and the past 3 years as the Chief Operating Officer.

Ralph is a NABCEP certified installer for both solar electric and solar thermal systems; one of only a few installers in Minnesota and Wisconsin who can make that claim. As former President of the Minnesota Solar Energy Industries Association (MnSEIA) Ralph worked with legislators, regulators, and utilities to craft state renewable energy policy.

For the past 25 years, he has been creating opportunities in solar for himself and others, by growing a business and serving on the boards of the MN Renewable Energy Society and the MN Solar Energy Industry Association. In 2014 Ralph was honored with a lifetime achievement award by MnSEIA for his long term commitment to renewable energy and the solar industry in Minnesota. 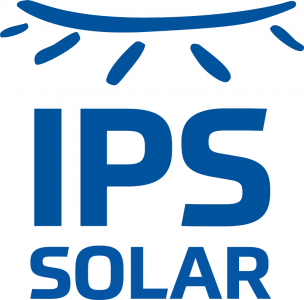