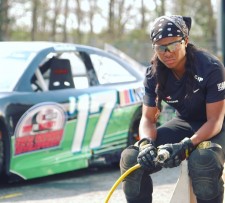 Daniels, a Norfolk State University alumnus (2016) and graduate of Salem High School in Virginia Beach, will talk about the world of NASCAR racing at the Children’s Museum of Virginia January 19, at 11 a.m. to 3 p.m. Participants will get an up-close and personal look at what it takes to work for a professional racing team and be challenged with a tire changing simulation game. According to recent media reports, Daniels, a former basketball player, had no interests in NASCAR, but an NSU athletics administrator suggested she try out for the NASCAR Drive for Diversity pit crew development program. Eight students tried out and Daniels, the only female, aced the trials. She made an appearance on the debut of Dwanye “The Rock” Johnson’s Titan Games January 3, 2019. She still has dreams of becoming an actress and is parlaying her experiences to reach that goal.

Dorothy Steel launched her acting career at the age of 88, according to the internet movie digest website IMDb. She got bitten by the acting bug at her local senior citizens center when they sent out a casting call for a play titled It’s Christmas. Besides her appearance in Black Panther in 2018, she had roles in The Trouble with Going Somewhere (2013) and Daisy Winters in 2017. She has also appeared in several commercials, a soap opera Saints and Sinners, and a made-for-TV-movie. Steel will talk with audiences about her Hollywood experiences during “A Weekend In Wakanda,” January 26, at the Children’s Museum of Virginia beginning at 10 a.m. and runs until 4 p.m. 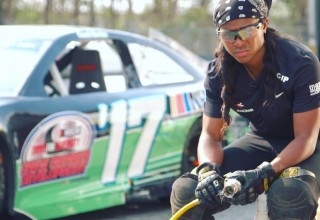 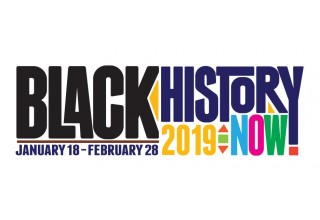 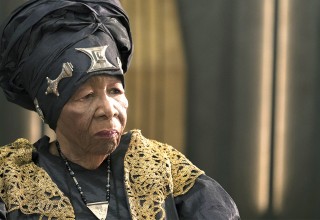