Narconon Europe continues to bring its life-saving program to help those considered lost to addiction. 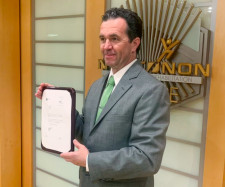 HELSINGE, Denmark, September 28, 2021 (Newswire.com) - In honor of Narconon Europe's sixth anniversary, the General of the Civil Guard in Cáceres, Spain, sent this special message for the help offered to Spanish citizens struggling with addiction. The General proclaimed, "I have learned of the great work and support provided to the Spanish society by Narconon Europe. On the occasion of your sixth anniversary, I want to express my gratitude on behalf of the Civil Guard Corps. Therefore, on behalf of this institution and my own, I want to reaffirm my gratitude from the Civil Guard Corps to you and to Narconon Europe for your humble actions."

This honor comes amidst a global pandemic with drug abuse and drug overdoses on the rise. Unfortunately, the drug market has been remarkably resilient to disruption caused by the pandemic, according to the 2021 European Drug Report produced by the European Monitoring Centre for Drugs and Drug Addiction (EMCDDA).

The online survey conducted by EMCDDA, which allowed individuals to self-report drug use, also suggested higher consumption of alcohol and greater experimentation with psychedelics, such as LSD and dissociative drugs such as ketamine.

The latest data shows that the most commonly used drug is cannabis with over 30 million females and over 47 million male users for a combined total of 78.5 million people, or 27.2% of European adults (15-64), who have tried cannabis. Lifetime use of cannabis varies throughout Europe, with France coming in at a high 45% of adults having used cannabis at any time during their lives.

As of 2019, there are an estimated 1 million high-risk opioid users within the European population. In the same year, opioids were involved in 76% of the fatal overdoses reported in Europe.

These statistics are not just numbers. They represent real people with real life and death problems. It is with these tragic statistics as their backdrop that so many families look for solutions for their loved ones caught in the trap of addiction. From around the European Union, many have found real help at Narconon Europe.

Narconon Europe, established six years ago, is the region's premier Narconon center delivering the full Narconon program including the New Life Detoxification, which helps eliminate drug residues that stimulate cravings and can lead to relapse. Located in Helsinge, Denmark, by Lake Arresø, it is an ideal setting for the one-on-one care and personalized attention that is essential for recovery and rehabilitation. The entire environment is dedicated to one thing: helping people overcome addiction for good.

At Narconon Europe, we are dedicated to one thing: helping people overcome addiction for good. 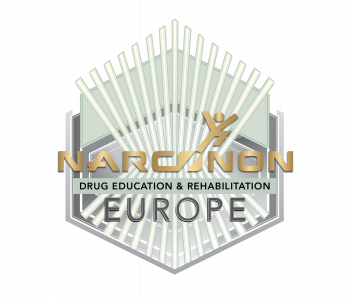