VANCOUVER, Canada , June 5, 2019 (Newswire.com) - Myesports Ventures Ltd (the "Company" or "TGS"), a company hyper-focused on building Canada's first esports Arena, is proud to announce The Gaming Stadium Grand Opening, Presented by TELUS PureFibre. The doors will open on June 28, 2019, at its new facility in Richmond, British Columbia. The Gaming Stadium is a center of excellence HUB for esports competitions, training, gaming leagues and tournaments.

The Gaming Stadium, powered by TELUS PureFibre -- ensuring all gaming is supported by a 10 GB symmetrical network -- features a large main gaming stage, equipped with 12 PCs, a gaming area off-stage with 48 PCs and boasts seating for up to 110 spectators.

Esports has soared in popularity, even as recently as the last two years. In 2018, it accounted for nearly 400 million viewers worldwide, while OTT and traditional cable platforms took notice, with media and licensing rights topping $180 million. By 2022, worldwide esports revenues are expected to rise to 1.58 billion according to PwC. "We are positioning TGS to lead in the space by delivering tournaments, leagues, training programs for new esport athletes and programs to support the existing pro player base. The beauty of the arena is that it's also multi-faceted, which allows us to service both the competitive side of esports, as well as the content production side by capturing our athletes in action during live and streamed competitions. There is something for everyone, whether you're a potential gamer, streamer or just someone who wants to come and watch gameplay, we've got you covered," says Spiro Khouri, VP of Sales & Marketing.

The Grand Opening festivities will be open to the public starting at 5 p.m. with free advance tickets being made available Friday, June 7, at 9 a.m. via www.thegamingstadium.com. The entire event will be live streamed on The Gaming Stadium's Twitch channel located at twitch.tv/thegamingstadium.

Myesports Ventures Ltd. was created in Vancouver, British Columbia in 2018 with the goal of opening the first dedicated esports stadium in Canada. For more information, visit www.thegamingstadium.com. 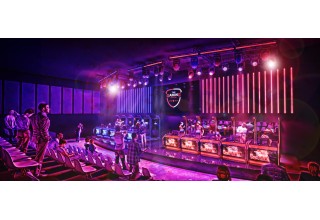 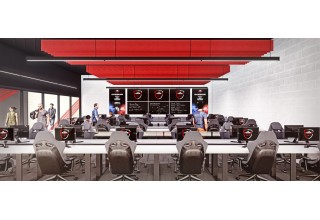 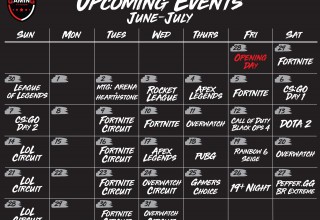 The Gaming Stadium Appoints Spiro Khouri as CEO
Myesports Ventures Ltd (the 'Company' or 'TGS') has also announced that former CEO Neal Diamond will continue his role on the Board of Directors.
The Gaming Stadium - Sep 11, 2019