In a normal cycle of elections, Cyndi Roemer was elected to replace Judy Biedenharn who retired after decades of service to the MSA Coalition. Ms. Biedenharn continues to serve in a less active role as Board Member Emeritus. 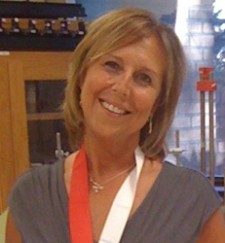 Cynthia Roemer, Ed. D, of Howell, New Jersey has been elected to the position of Board Chairman, replacing Judy Biedenharn in this position. After over a decade involved in MSA advocacy, Judy remains on the Board as a member emeritus, continuing her contributions to the MSA community.

A life-long New Jersey resident, Cyndi completed her doctoral work at Columbia University and is currently a full-time mathematics professor. Her mother, Dolores, was diagnosed with MSA in 2004 after experiencing multiple symptoms for years prior to diagnosis. Dolores lost her battle with MSA on Mother’s Day 2009, after which Cyndi became an outspoken advocate for support, education, and research. The creator of Faces of MSA, a video tribute to MSA patients illustrating the profound devastation and loss attributed to this disease, Cyndi is a strong proponent of raising awareness about this little-known neurodegenerative disease. Founding a regional organization with her family to support patients and care partners in the tri-state area, Cyndi held the position of the MSA New Jersey Board Chair from 2012 – 2016, a role which is now being assumed by her sister, Kym. That experience afforded Cyndi insights into organizational governance and current MSA priorities. Among her activities since joining the MSA Coalition Board in 2014, Cyndi has worked on strategic planning, the global research roadmap advocacy group, and has been the chair of the MSA Coalition Conference Committee in 2016 and 2017.

“Waging war against MSA is both a personal fight to conquer the beast that stole my beautiful mother, and a passionate goal to help those now engaging in the same battle. If those of us who have traveled this path do not help, then who will?” stated Dr. Roemer. There are many lessons she learned from her mother about dealing with the disease and living life to the fullest despite the diagnosis. Sharing these lessons and tapping from her mother’s strength and determination in order to help others is something she is driven to do. “If I can make a difference for others traveling down this path, then my mother’s suffering will not have been in vain. Mom helped people all her life. I have no doubt she is leading me now to continue her legacy,” she said.

Dr. Roemer added: “In my work as an advocate, I have met many MSA patients and care partners who remind me of my mother — demonstrating strength, humor, and love as they make this journey. I look forward to expanding these personal connections and helping in any way I can.” Drawing from her leadership roles in academia and the nonprofit sector, coupled with her personal journey with MSA as her mother’s caregiver, Cyndi hopes her passion for this fight will support her leadership role in continuing the great strides made by the Multiple System Atrophy Coalition in recent years.

“We are very pleased to have Cyndi as our new Chairman,” stated Don Crouse, Vice Chairman, Board of Directors. “Cyndi is dedicated to helping patients and families deal with the impact of MSA. She has been a passionate advocate for the entire MSA community for years and we are excited to see what can be accomplished in the fight against MSA during her time as Chairman. Thanks to the service of advocates like Judy Biedenharn and Vera James (both now retired), the MSA Coalition has experienced tremendous growth over the past few years. With new leadership, it is now time to further our advances in funding critical research toward finding a cure, while expanding our educational and advocacy reach.”

The MSA Coalition is a U.S. based 501c3 focused on enhancing quality of life and building hope for people affected by Multiple System Atrophy.

Vanderbilt University Medical Center to Host 2017 MSA Coalition Family and Patient Conference
The conference, which will occur on Oct. 13-14, 2017 in Nashville, Tennessee, is the largest support gathering for those affected by Multiple System Atrophy, a rare and terminal neurodegenerative disorder.
Multiple System Atrophy Coalition - Oct 11, 2017