Move Over Banker Guys, the Women Are Coming, and Not Just for the Presidency 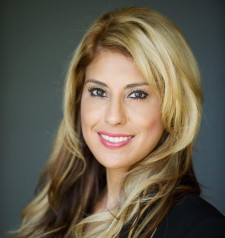 Los Angeles, CA, May 13, 2016 (Newswire.com) - ​​​​​​Hillary Clinton may be the first woman President of the United States in November, but women still face difficult challenges in the corporate and entrepreneurial world.   Women are less likely than men to enter in the risky world of finance as they do still truly face more difficult obstacles to entrepreneur capital, but they are making headways and the numbers are changing.

Trixy Castro-Weiss, is one of these women breaking the barrier.  She is the CEO, President, and Owner of Hudson & Marshall, one of the country’s premier real estate auction companies and the Founder and Co-Chairman of Genesis Capital, a private lender which has received substantial investment capital.

"Creating companies is my form of art."

Trixy Castro-Weiss, CEO, President, and Owner of Hudson & Marshall and Founder and Co-Chairman of Genesis Capital

She began her career in real estate and finance by working at Wells Fargo during her college years where she completed her Bachelor’s degree in Sociology from CSUN.  She eventually worked with high net worth clients and started to learn real estate where she noticed a niche in the fix and flip market.  She studied the finance lending done by the banks in underwriting loans which were long term and observed there was lack of lending for private equity funds on a short term basis.  Trixy left Wells Fargo to start her own company, but kept her close relationships with the bank.   The year was 2002,   She then founded and owned two conventional mortgage brokerage firms, Windsor Capital and Rightway Financial Group.

Trixy was concerned with the run up in real estate values, people qualifying for loans they should not have especially in the Latin community she was servicing, and felt there was the need to ’build an ark’ before it all came falling down.  She watched as homes were foreclosed and communities were falling into disarray. Trustee sales were everyday at the courthouse and those with cash were able to buy up properties at a deep discount.  Trixy learned that those with the monies also had the means to physically inspect the properties before purchasing to determine the true value of the property.  She wanted to even out the playing field for the average mom and pop and provide a solution to the problem.

Trixy saw the need for revolutionizing a new way for the disposition of distressed single family homes where the data of information is openly available and this became a part of the catalyst for creating Genesis Auctions in 2011, an online auction platform where there would be transparency on an even level.  In 2015, Genesis Auctions merged with Hudson & Marshall, the oldest auction real estate company in America.  Since the merger, growth is up 57% in Q1.  It is now the second largest independent real estate marketplace in the nation.

Trixy also created a proprietary asset underwriting platform with fractionalized lending and risk analysis models.  This eventually became the basis for the Genesis Capital platform lending business, a private lender established in 2007, which provides short term bridge loans to qualified investors with expertise  and who are active in the distressed real estate REO marketplace for purchase, renovation and sale of single family homes. In 2014, Genesis Capital completed debt transactions that reached a 625% increase in loan origination volume from the previous 5 years.

She is expanding, has her sights on the next horizon, and she is just getting started on this new chapter.

The New Olive Oil CT3 Communication Tablet Spreads Itself to All Corners of the Market
New Android Tablet for only $99
new dawn media - May 26, 2016